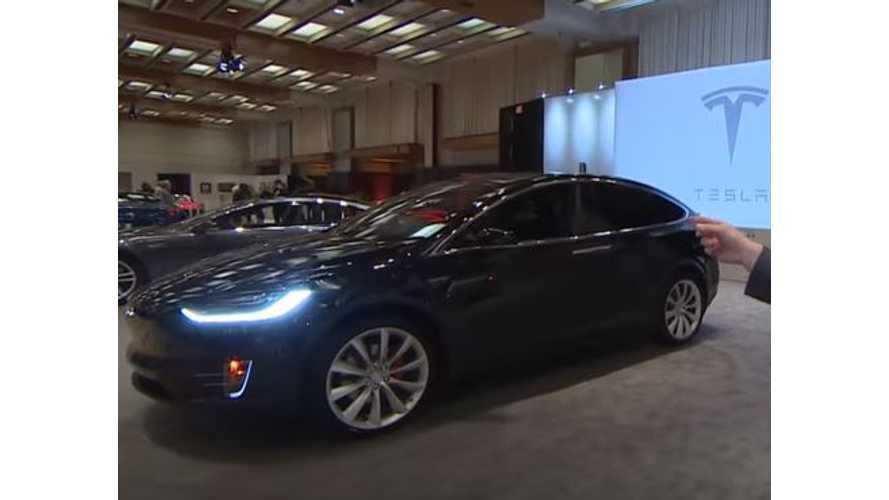 Missing in action at the 2016 NAIAS in Detroit, Michigan, the Tesla Model X is now the star of the show in Canada where it made its auto show debut.

"Although it was announced in September, the unveiling in Toronto is the first time the Model X has been shown at any auto show, anywhere in the world, organizers said."

InsideEVs will be attending the Canadian International Auto Show this weekend so that we can bring you live photos of the Model X (as well as other plug-in vehicles) straight from the show floor.