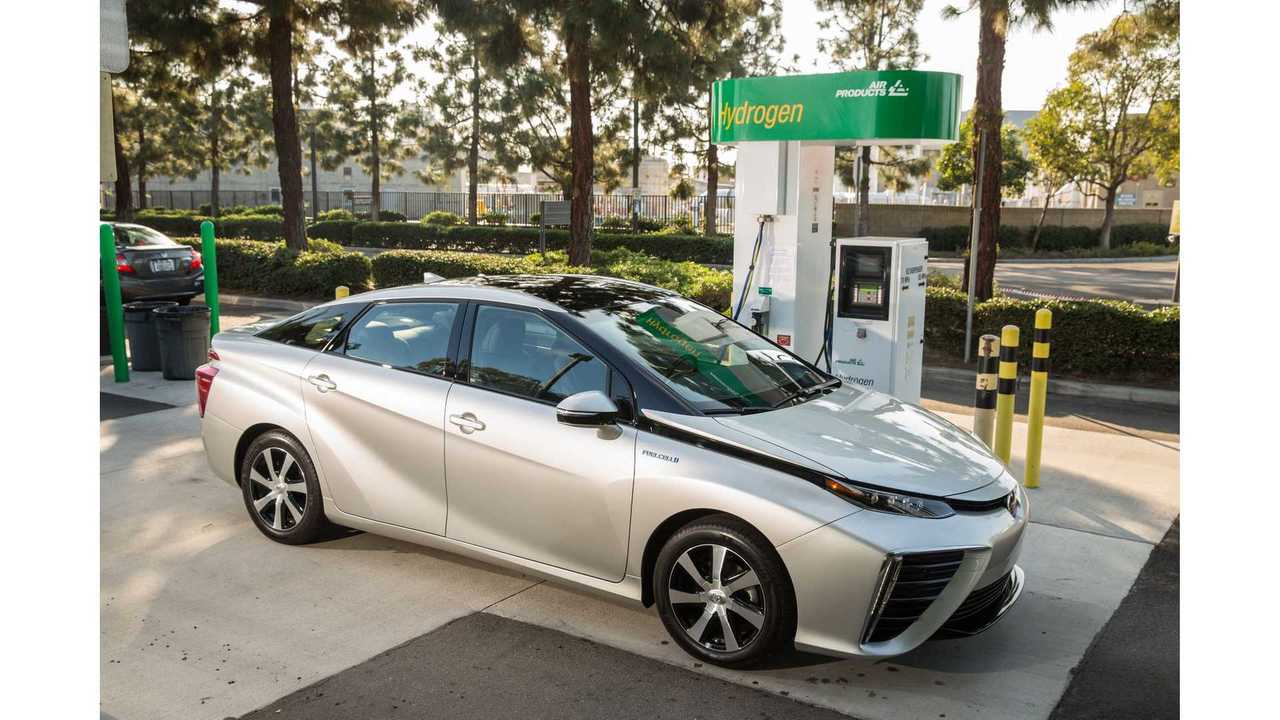 Toyota Launched The Fuel Cell Mirai In The US Last Week

Limited first deliveries of the Toyota Mirai in California started about a week ago (we note two registrations already in California at time of press) despite the current refuelling station situation still being a little more than lacking throughout the state.

Currently two public stations are Mirai-friendly, with another three coming online by the end of the month (see chart at right of all the known/planned stations through the end of 2016 - as provided by Toyota at the end of September).

53 stations currently are at some stage of construction.

Friend of the site, Doug A, states that the approved 8 Mirai dealers in California currently each have a 10 person VIP short list of prospective buyers (of which Doug is one) to get a new fuel cell car.

Given the widespread nature of the dealers, and the potential for so many Mirais limited to just a handful of stations this year, Toyota is setting up mobile hydrogen refuelers at 4 of the dealerships through next summer 2016: Roseville, Sunnyvale, San Jose, and San Francisco

In an email to Doug, Roseville stated that all fuel from these units will be no charge and not included in the $15,000 worth of hydrogen Toyota is already offering with each Mirai purchase.

The only catch?  These units "only dispense hydrogen at 5000 psi, or 350 BAR, so it will give the Mirai half the distance on a full fill (150 miles)," and a call ahead appointment is needed to fill up.

Below is the part of the email send to future Mirai owners from Roseville Toyota:

How are you? If you are receiving this email, you have placed an order for a Mirai from ... Roseville Toyota. It has been awhile since I have followed up with my Mirai customers and I wanted to take a moment to check in and tell you about all of the exciting things that are happening at Roseville Toyota.

We will be delivering our first Mirai this Friday and two more the following week. Our dealership is the first in the state to deliver this exciting new car! In addition, Roseville Toyota will have a mobile hydrogen refueler here at the dealership through next summer 2016. This fuel will be free of charge to our customers and will be in addition to the $15,000 in free fuel that Toyota is already offering. We only ask that you let us know when you are coming in to fuel so we can arrange to have someone fuel your Mirai when you arrive. These mobile refuelers will also be placed at the Toyota dealerships in Sunnyvale, San Jose, and San Francisco.

Our thanks to Doug A!