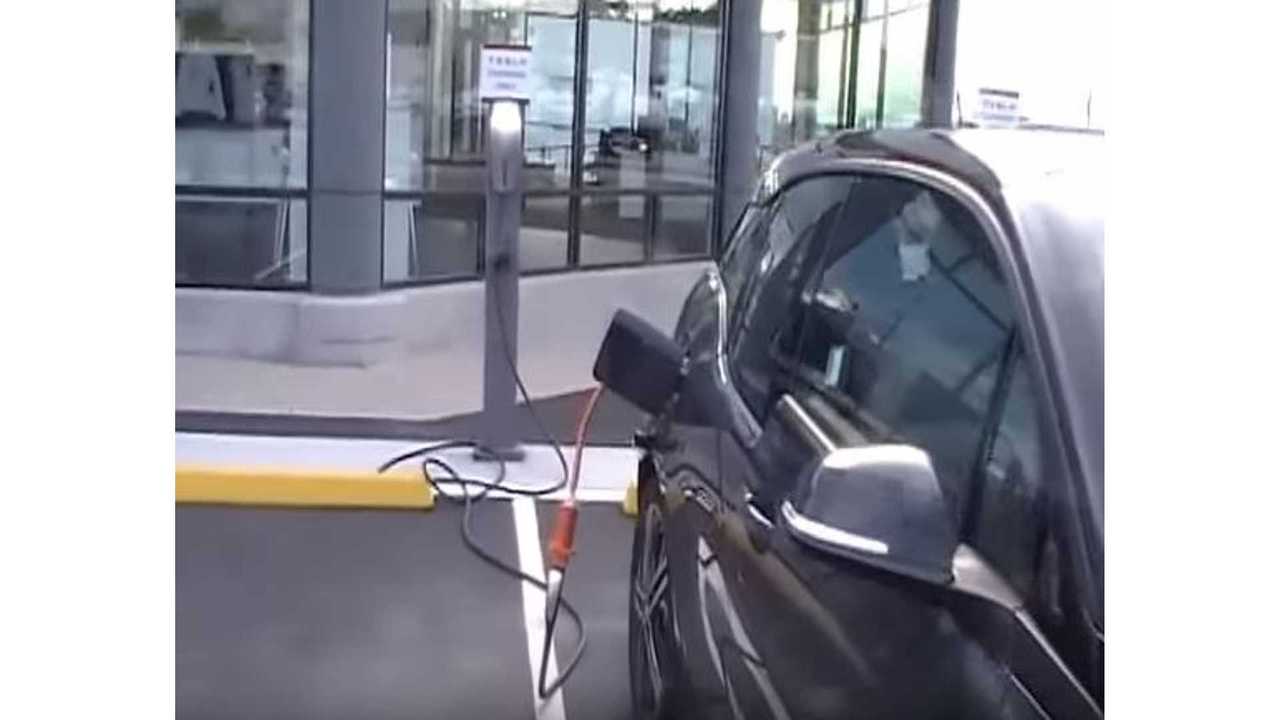 With Tesla destination chargers popping up all over the U.S., wouldn't if be swell if other electric cars could use those charge points?  (with permission of course)

Turns out that with the use of an adapter, other electric cars can indeed use the Tesla destinations chargers (Tesla HPWC):

"BMW i3 charging on a Tesla HPWC EVSE using my adapter. This adapter also allows most non-Tesla electric vehicles to charge up where Tesla HPWC equipment is the only option available. It only works with Tesla's AC charging equipment. DOES NOT WORK WITH THE TESLA DC SUPERCHARGER! This adapter has been used successfully with the BMW i3, Nissan Leaf, Toyota RAV4 EV, and Ford C-Max Energi."

The question of course is: Is this an infringement on Tesla technology and designated spots usage rights when installed in publically accessible areas?  Still, it would be a handy adapter to have at home/privately.