BMW Begins 2016 With Significant Drop In BMW i Subbrand Sales 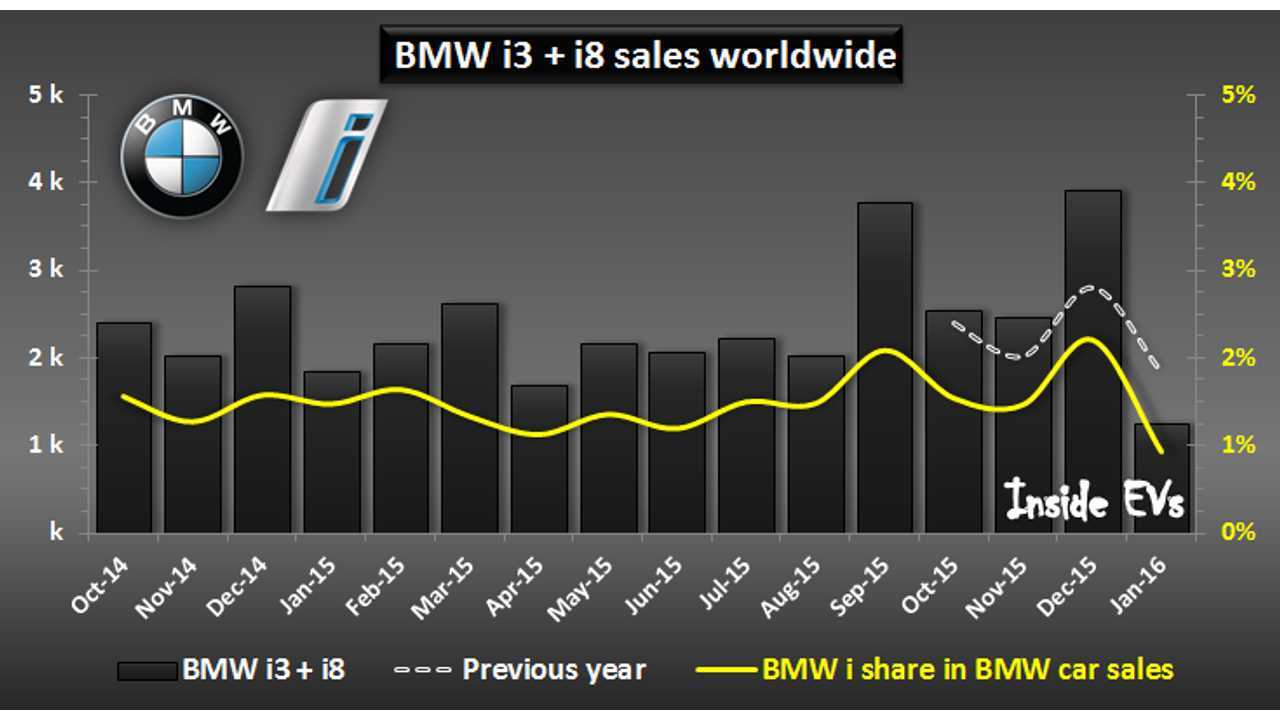 BMW happily announced record car sales in January with growth of 7.5% year-over-year to 133,883.

But the year 2016 didn't begin that well for the BMW i subbrand, which consists of i3 and i8.

Global sales fell down by 32% year-over-year to probably the lowest result ever since launch - 1,255 (combined i3 and i8 worldwide sales in January) and the lowest 0.94% plug-in electric car market share compared to total BMW sales.

It's interesting what is happening with the i3/i8, as perhaps we are at some inflection point, or perhaps BMW is having some issue with the supply chain that has yet to make headlines...or maybe it was just January blues.  We will find out in a couple weeks if February turns the tide again.