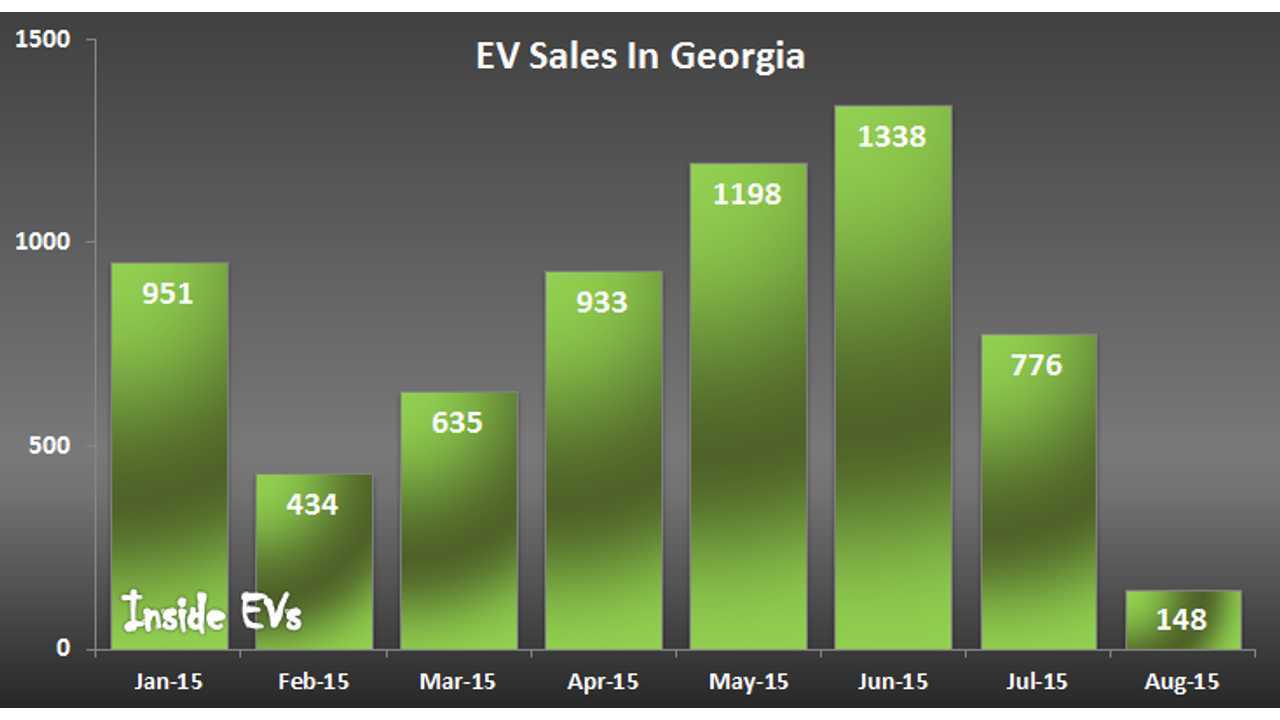 Thanks To A $5,000 Incentive On Electric Vehicles (and falling MSRPs in the US) - Atlanta Was Transformed To The "Hottest" Market On The Plant For EVs

Watchdog.org alerts us that Georgia's electric car sales crashed after the $5,000 state incentive established in 1998 disappeared three months ago.

"A dramatic drop" described in the article is a pretty ordinary thing after the preceding rush to catch out on the $5,000 before its gone.

A subsidy was applied only to all-electric cars.

"According to Georgia car registrations, sales shot up as electric car buyers rushed to take advantage of the tax credit before it expired. But the numbers declined sharply in July and took a swan dive in August — the most recent month tabulated:

Don Francis, coordinator of Clean Cities-Georgia Coalition, who was opposed to getting rid of the subsidy, said:

State Rep. Chuck Martin, R-Alpharetta, who spearheaded the drive in the state Legislature to sunset the tax credit said that the credit only to all-electric cars was unfair (hybrids and plug-in hybrids weren't rewarded):

"Second, when the state break of up to $5,000 was added to the credit of up to $7,500 the federal government already gives electric car buyers, drivers in Georgia could lease one of the lower-priced electric cars such as the Nissan Leaf for about $200 a month and end up spending very little money out of their own pocket."

“It was essentially taking money that would have been paid into taxes in Georgia and a subset of people were getting their car paid for.”

The largest hit fell on the Nissan LEAF, which earlier benefited the most as a popular model. Sales fell down from 1,000+ in peak months to 66 in August.

“When you’re having a product that’s selling because it’s subsidized, what’s the push for Nissan to be innovative and make that car less expensive or more valuable to the consumer?” Martin asked. “I always said (the tax credit) was too open-ended, too generous and too targeted.”

Don Francis hopes that the tax credit will back after the next legislative session in January, with some changes to lower the value to $3,000 and include hybrids.

More insights on the topic are available at Watchdog.org (see link below).