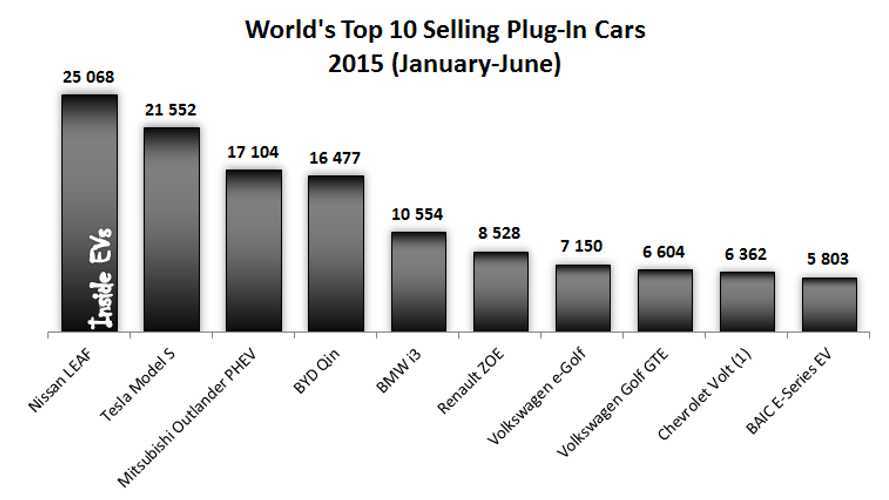 In June, the Tesla Model S was the best selling plug-in electric car in the world.

If we check 2015 sales results through the end of June, we will see that Nissan LEAF has struggled a bit to maintain its lead with only 3,500 more sales than Tesla.  Although we do expect Nissan to pull away again in the second half once the expected 2016 LEAF, with longer range options (30 kWh, ~110 miles) arrives.

In July, the BYD Qin probably overtook Mitsubishi Outlander PHEV, so we have a Chinese car in the TOP 3 for the first time, and despite the fact that this model isn't even offered in Europe or US.

Volkswagen Golf (BEV and PHEV) sales are getting stronger, while Chevrolet Volt falls down to 9th place as it waits on the 2nd generation model to arrive in September.  Also the Toyota Prius Plug-In continues to fall, and is outside the top 15 .

Among brands, BYD already secured third place, while Volkswagen jumped ahead of BMW, Renault and Ford.

This is a race and on the global scale it's just getting started.