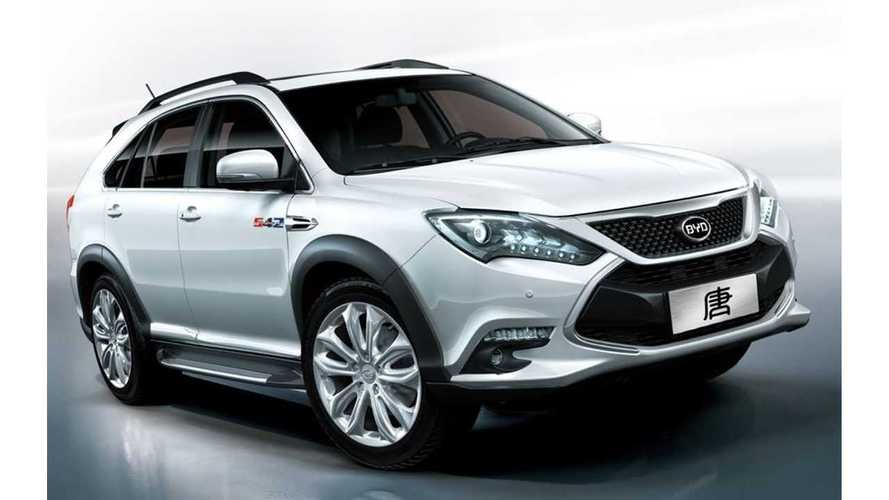 BYD offers its all-electric and plug-in hybrid cars mainly in China, but the Chinese company always "Builds Its Dream" to sell worldwide.

This is not an easy task.

Historically, besides some early announcements for the e6 (and F3DM PHEV) to launch in the U.S. that didn't happened, and some small regional fleet sales, BYD has not been present in other countries.

The new plan is to pick up one or two countries in Europe with BYD's new hot-selling plug-in hybrids - the Qin (maybe after changing it into a hatchback) and sub 5-second to 62 mph SUV, Tang SUV.

Because one of the largest markets for plug-in hybrids is the UK, BYD is leaning towards the British market. According to Reuters, the European version of the cars could be unveiled in Geneva in 2017.

It would be swell to see how BYD Tang competes with the Mitsubishi Outlander PHEV, but in 2017, the market will turn a little bit, with more competitors and maybe less incentives.

"The firm needs to get right the product this time, BYD Managing Director in Europe Isbrand Ho told Reuters, but Europe's second largest car market Britain was a strong contender for launching the model.

"The Brits are pretty open to new technologies. The Brits are relatively wealthy. I think Britain could definitely be one of the locations," he said in an interview."