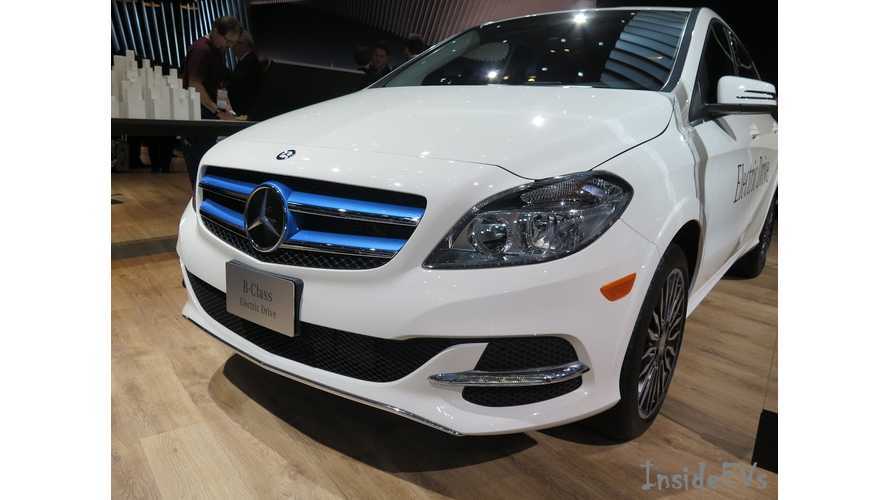 Mercedes has announced that it's recalling 2,618 2014-2015 Mercedes-Benz B-Class Electric Drive vehicles due to the risk of stalling:

"Due to a communication error within the electric-drive system, the electric powertrain unit may shut down, temporarily immobilizing the vehicle and resulting in a loss of propulsion power. A vehicle stall increases the risk of a crash."

Any of the affected cars that are on dealer lots cannot be sold as Mercedes has issued a stop-sale order on those cars.

To fix the problem, M-B dealers will update the vehicle's software free of charge. The recall will begin in December.

Tesla Motors is listed as the supplier of the faulty part/software. A similar Tesla-related issue led to the recall of all Toyota RAV4 EVs ever built.