Connecticut Hydrogen and Electric Vehicle Purchase Rebate Has Issued Over $200,000 In Rebates 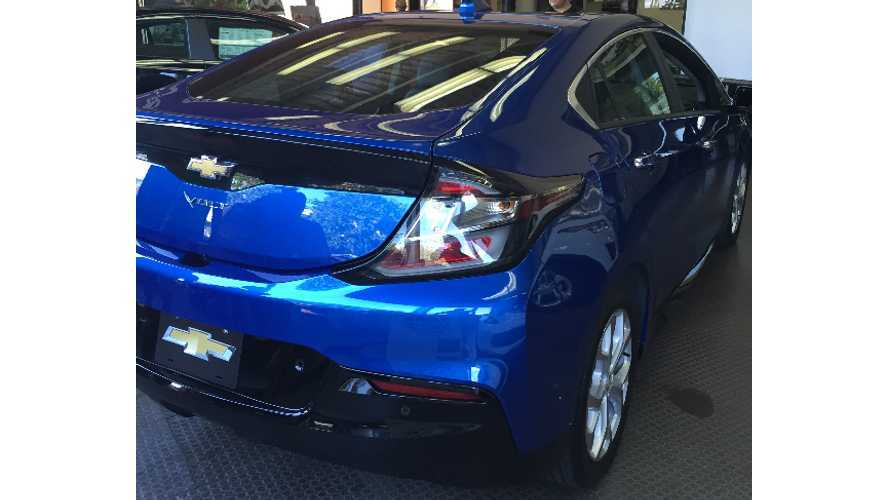 In June of this year, the state of Connecticut launched its “Connecticut Hydrogen and Electric Vehicle Purchase Rebate” program, otherwise known as CHEAPR.

We've now learned that more than $200,000 in rebates has been paid out through the program.

According to New Canaanite:

"Since it launched in June, the ’ program has seen more than $200,000 in rebates paid out, spurring the purchase or lease of more than 100 vehicles, state Department of Energy and Environmental Protection Commissioner Robert Klee said during a press event held on the showroom floor of Karl Chevrolet on Elm Street."

During that press event, Leo Karl III, president of Karl Chevrolet, took the opportunity to promote the not-yet-available 2016 Chevrolet Volt that was on display.  Of the Volt, Karl stated that he's “never seen a car where virtually 100 percent of the owners that currently drive it absolutely love the car.”

In regards to electric cars in general, Karl stated:

More images of the 2016 Volt that was on display can be found here at the Westport Electric Car Club site.

Jim Fleming, president of the Connecticut Automotive Retailers Association, commented on the success of CHEAPR:

“This program is successful because the government sector sat down with the private sector and said, ‘How do you think we can make this work?’ and pretty much modeled it on what manufacturers do when they try to sell cars and that is: Put the money under the hood and offer a small incentive to people that are trying to sell vehicles,” Fleming said. “This first-in-nation program is off to a great start.”