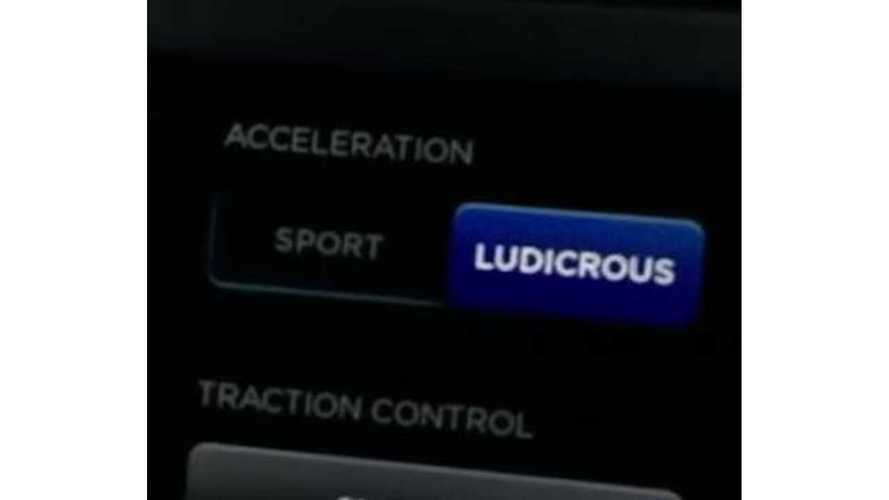 Motor Trend has conducted full testing of the Tesla Model S P90D with Ludicrous Mode and the results are in...

Motor Trend opens the article with this gushing paragraph:

"Stop what you're doing right now. Stop texting. Get off YouTube, close Facebook, and pause for a moment so you can truly appreciate the times we're living in, a world where if you have the means you can go out and buy an American-made, 762-hp, all-wheel-drive electric car that's as capable of driving itself as it is smoking supercars off the line. That car is the new Ludicrous-enhanced 2015 Tesla Model S P90D."

The article discusses the added costs to get Ludicrous Mode, which doesn't come cheap, but we're really only interested in the numbers, so here they are:

"Given the Model S P90D hangs with hypercars in acceleration from 0 to 60 mph, the list of cars the P90D beats to 60 mph is a long one, including everything from the vaunted Nissan GT-R to the big, bad Lamborghini Aventador and Bugatti Veyron. Only two cars that we've tested can outright beat the P90D to 60 mph: the Porsche 918 Spyder and Ferrari LaFerrari. As for the "other" hybrid hypercar, the McLaren P1, the Tesla ties it in a race to 60 mph."

"Although the Tesla specializes in short sprints perfectly suited for metered freeway on-ramps, it's also a capable drag racer. With a full charge, the P90D reliably rips through the quarter mile in 10.9 seconds, hitting 122.7 mph. Those numbers make the EV the fastest four-door sedan we've ever tested, besting both the mighty 707-hp Dodge Charger SRT Hellcat and the Audi RS 7 at the strip."

For more numbers from the test of the Ludicrous Model S, click the source link below.