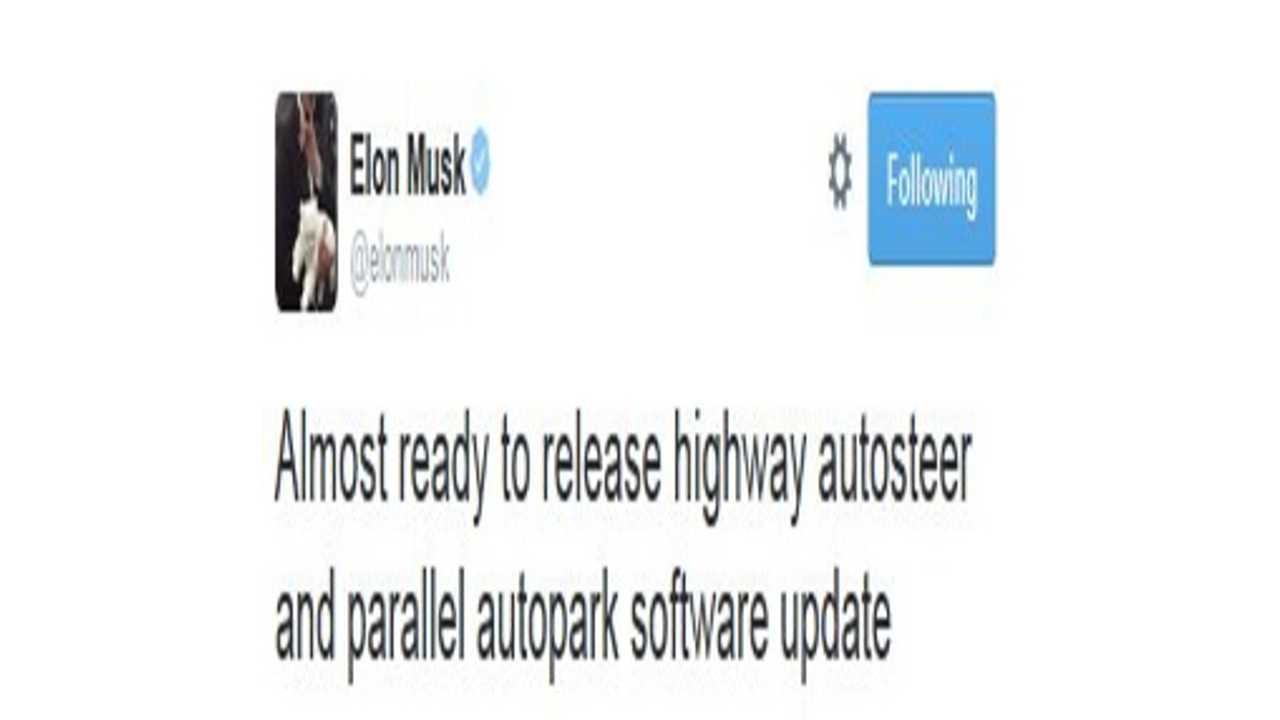 It's not the full-on autopilot yet, but according to Tesla CEO Elon Musk, Tesla Motors is almost ready to release a Model S software update that will enable both highway autosteer and parallel autopark is almost ready for release:

Musk adds that this update will be rolled out internationally, so Model S owners with compatible vehicles will get this feature both in the U.S. and abroad. And in typical Tesla fashion, the system will get better over time:

Apparently, there's just one more tricky issue that has to be resolved before the release is ready: