Report: Roadmap To Get More EVs In The Northeast And Mid-Atlantic States 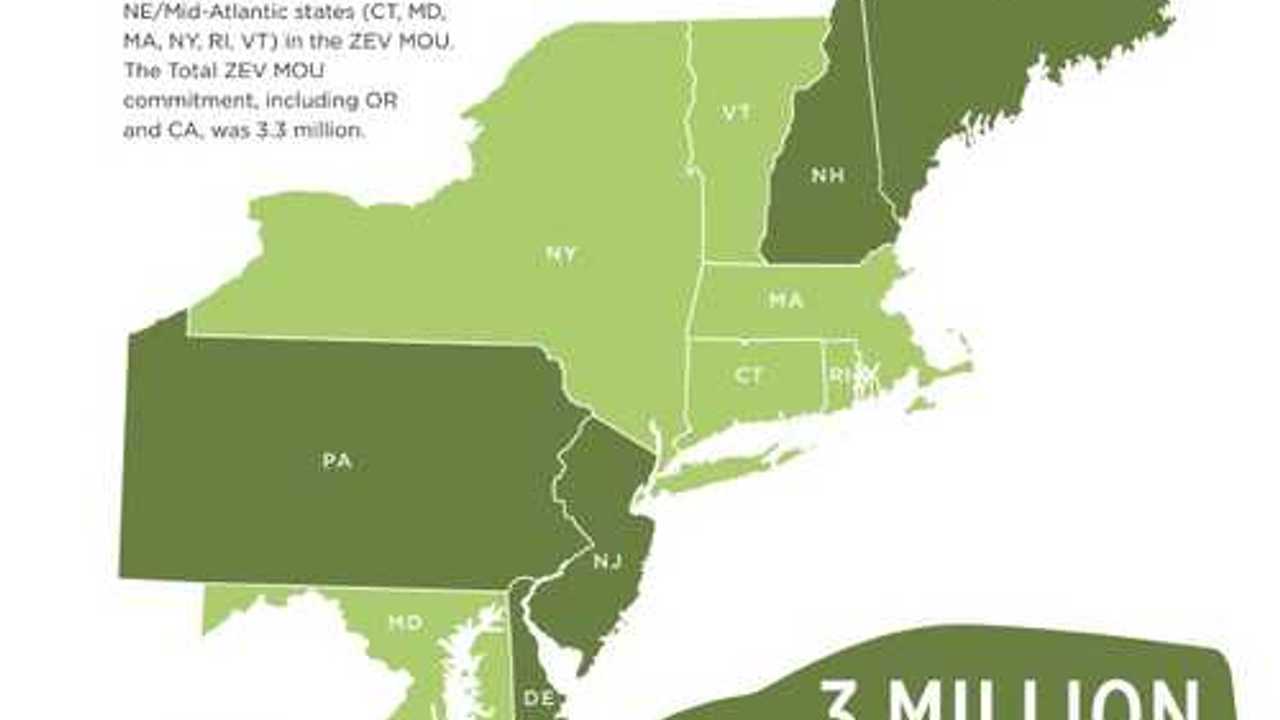 When it comes to electric vehicle adoption in the United States, we tend to clump all the states' cumulative effort into one tidy number.

However, the reality is that a few states (located mostly in the West, such as California, Washington and Oregon) are far more pro-active that most of the others and do a lot of the heavy lifting.

One particular area of concern is in the Northeast and Mid-Atlantic United States.

A new report entitled "Charging Up filed by the Sierra Club, CLF (Conservation Law Foundation) and Acadia Center notes that ambitious future state goals set for EV adoption in these regions don't marry-up with the actual growth trends, but rather they are lagging far behind.

In fact, the ZEV commitment made by six of the states in this region states that they are aiming for 1.7 million all-electric vehicles by 2025, yet just 30,000 have been sold so far (through August) after 5 years of availability.

We should note that not all states are lagging as far behind as others - both Massachusetts and Maryland are still considered standouts in Northeast/Mid-Atlantic region.

The new report is very comprehensive, and details the significant actions the group feels should be adopted by the electric utilities, the individual states and the auto industry themselves.

Our friend, and Director of the Sierra Club's EV Program, Gina Coplon-Newfield (who works tirelessly on behalf of EV promotion) co-authored the report, and states:

“Plug-in electric vehicles are a clean, affordable choice over the gasoline- fueled vehicles that are making our air dirty and our families and our climate sick.  We need the utility industry, auto industry, and government in each and every state to dramatically increase policies that encourage electric vehicle use, and this report shows how we can do just that.”

The report summarizes the plan as follows:

Among the nine vital steps for success put forth in the report are auto dealership and consumer incentive programs to promote electric vehicles, policies to encourage widespread availability of consumer-friendly charging stations, public education initiatives to raise awareness about the benefits of electric vehicles, and the use of such vehicles in municipal and statewide fleets enabling public actors to lead by example.

The "Nine Steps" Found In The Charging Up Report

The report will now be circulated to lawmakers and industry leaders, but we would encourage everyone to download the PDF and have a look for themselves...then pass it on!

EV Totals And Goals In The "ZEV" MOU States