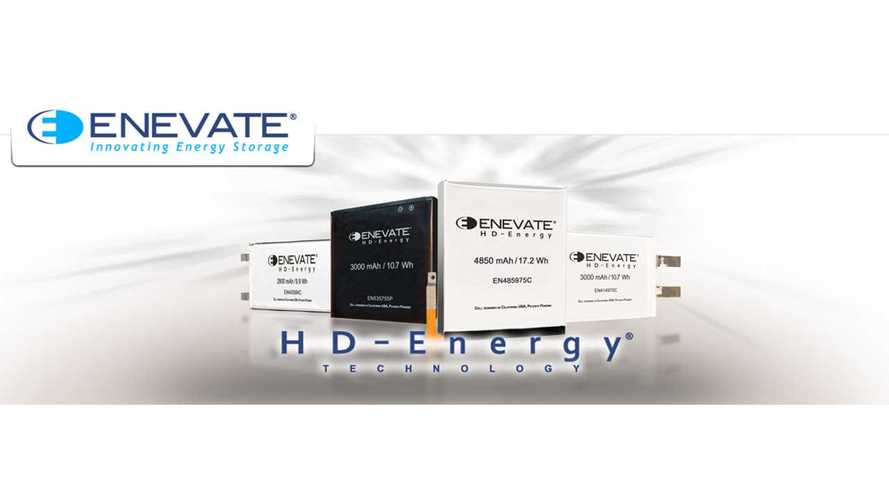 Enevate, just few weeks after its $30 million infusion, announced that its lithium-ion batteries not only are able to store 300 Wh per kg, but also will charge in 15 minutes to 90% capacity (about 4C).

We still need to figure out where to sign up to buy the stuff, but in the press release everything seems to work just fine.

If only Enevate will be able to deliver the product at the right price, these could be excellent batteries for... everything? From smartphones to electric buses.

“Enevate continues to add new performance tiers to our technology. Ultrafast charging is another Enevate breakthrough. Now you can charge your phone in the time it takes to get a cup of coffee – and also have more energy and capacity too.”

“The charge rate of Enevate batteries can be 5-10 times faster than conventional batteries due to multiple reasons, including faster kinetics of silicon. Enevate’s unique silicon Li-ion batteries deliver both ultrafast charging and high energy density at the same time. The batteries are resistant to lithium plating during charging which allows for cycle life to be maintained even with high charge rates.”

“Our customers have found ultrafast charging at this speed to be highly valuable to differentiate their mobile devices and are excited to quickly implement this feature into their products. Enevate’s batteries and technology changes how people will use their mobile devices while enhancing their device capabilities.”