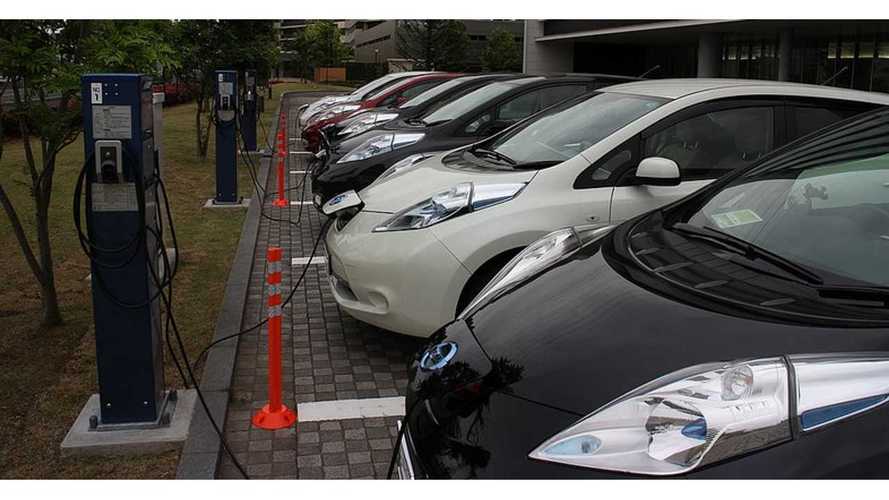 Rest of the world, be jealous.  As part of a new Climate Change Strategy, the province of Ontario, Canada has just become an unexpected leader for offering plug-in vehicle incentives.

The rebate applies equally to both plug-in hybrids and all-electric vehicles.

Some new bullet points on the program:

Unlike in the US, Ontarians get rebate cheques in the mail after making a purchase (usually within a couple weeks), not just tax credits to be used against future tax liability.

Update (March 18th):  MTO has adjusted the rebate amounts to reflect the starting MSRPs of various trim levels - meaning more dollars are available the more options are picked up.  The new/complete list is available here.

Some EVs, Like The Tesla Model S Had Its Incentive Reduced To $3,000

As part of the new program, there is a "Tesla clause" to remove a large incentive on what is deemed luxury purchases.

But perhaps the most interesting proposition in conjunction with the Ontario rebate is the new Audi A3 e-tron, which has curiously just been priced lower than the Volt in Canada, at $39,200 ($27,998 USD), it receives $8,095 - despite only a 8.8 kWh battery.

Already Priced Aggressively In Canada, The Audi A3 Sportback e-tron Looks Like An Even Better Deal Today

“With a growing population and expanding urban regions, transportation emissions pose one of our province’s greatest challenges in achieving our ambitious greenhouse gas pollution reduction targets. By making it easier for people to switch to an electric vehicle, we are taking an important step in our fight against climate change while ensuring our province remains productive and efficient.” - Kathleen Wynne, Premier of Ontario

A rebate of up to $1,000 to be used against the purchase and installation of charging units for residential or commercial applications is also available.

Here is the initial list of eligible EVs.  One might notice there is some odd discrepancies between each EVs rebate amount (such as why the Volt nets so much more rebate cash than many longer range all-electric cars).  The reason for this is actually due to an incentive cap of 30%.

Says the MTO on the subject:

"The total value of the incentives cannot exceed 30% of the Manufacturer's Suggested Retail Price (MSRP). The incentive value will be calculated based on the MSRP on date of the purchase or lease."

Ontario had originally initiated this program in 2010, and to date, had given out ~4,800 incentive rebates on plug-ins (out of ~6,000 on the road through the end of January 2016), and 1,100 residential charging units.  The "Green License Plate" program, enabling EVs to use HOV lanes remains unchanged.

Nothing like getting a cheque in the mail a few weeks after buying an electric vehicle! (old max rebate of $8,500 shown)

Full details/qualification specifics on the program will be released shortly. (Ontario.ca)