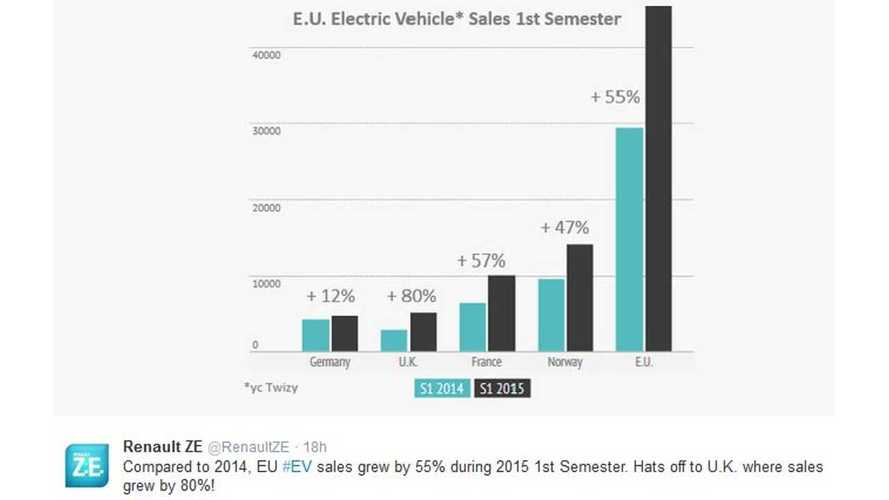 Every so often, Renault Z.E. issues a Tweet that quite accurately sums up the plug-in electric car sales situation in Europe.

This particular Tweet shows us how much sales have risen in the first half of 2015, as compared to the first six months of 2014.

The biggest rise is in the UK, where sales shot up by 80%.

These figures exclude vehicles like the Renault Twizy, a quadricycle, and include only passenger plug-in electric cars, SUVs etc.

There's significant growth in Europe, but unfortunately the same is not true in the U.S. where sales have been mostly flat.