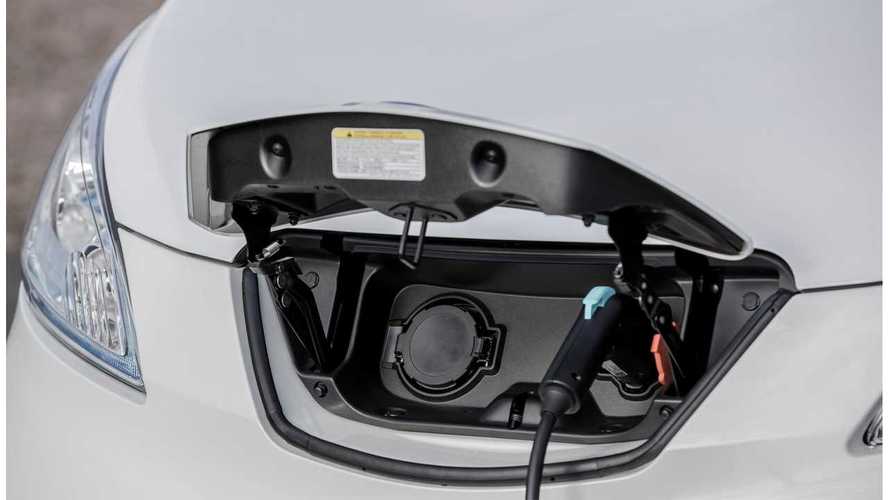 What's the ideal location for the charge port on plug-in electric cars? Is there a consensus?

Over the past six years I've interviewed and had discussions with electric vehicle product managers from just about every company selling EVs today, and a few that will be selling EVs in the near future. One of the more interesting topics I've found has been the subject of where they've decided to locate the charge port, and how they came to that decision.

***UPDATE: Since we originally published this article back in 2016, access to our poll results have vanished and, believe it or not, we get asked for these results almost on a weekly basis. Therefore, we ask that you again submit an answer to assist us and others in our quest for find out out if there's a consensus for the perfect charge port location. Here's the poll, but before selecting an answer, please consider reading this entire post for additional information.

For example, last month at the North American International Auto Show in Detroit, I sat down with Daimler's manager of electric motors and power electronics, Franz Neitfeld to discuss Daimler's current plug in Hybrid offerings, and where they are going in the future. When I brought up the topic of the unusual charge port location that Mercedes is using on all of their PHEVs, he told me they gave this much consideration, and after doing so they decided the right corner of the rear bumper was the ideal location.

Original Ampera (Chevy Volt) Getting A Charge In Europe

He went on to explain that the majority of the cars they sell are to left hand drive markets, and when a driver of a left hand drive car pulls into the garage they usually leave more room to the right side of the vehicle, so as to make sure they don't hit anything on that side as they pull in. So they concluded the placement of the EVSE would be best on the right side wall of the garage, where the customer can easily plug in. Also, by placing the charge port there, the customer would be able to walk back around the car and into the house without the cable being in their way. I think the assumption that most Mercedes owners have a private garage for their cars, since it is a premium brand, played a role in this decision making.

That's the first time I've heard anyone give me that reasoning for their charge port location. Clearly, there really is no consensus among the OEMs as to where the best place is, with just about everyone finding their own unique place, with their own unique reasoning for why they placed it there. This can't be the best practice. There has to be a location which suits the majority of the people who drive EVs better than the other locations, right?

All of Ford's electric vehicles, whether pure BEV or PHEV, have their charge ports on the front left side of the car

A few years ago Ford announced that they had researched this topic and after an extensive study, they decided the front, left side of the vehicle was indeed the ideal place. At the time, Susan Curry, Ford Electrified Vehicle Technology Integration supervisor said: After benchmarking multiple competitive vehicles, we found there wasn't much consistency in charge port location. We wanted to give customers a location that made the most sense for them and would seem as simple as filling up at the gas station."

And Mary Smith, Ford Electrified Vehicle Technology Integration supervisor said, "The left front fender location keeps the charge port in sight, before the customer enters or exits the car, for an easy reminder to unplug or recharge. It creates an intuitive placement for owners that also has aesthetic appeal. "It's worth noting that GM also locates the charge ports of all their plug in offerings on the front left side of the vehicle."

For the i3, BMW's first all electric vehicle, the charge port was positioned on the rear, right side of the vehicle. I asked BMW product managers about this at the vehicle launch ceremony in 2013 and was told that there were two main reasons for the positioning.

First, this location made the most sense because the car will be sold all over the world, and in many European countries curbside charging would require the port to be on the left side of the vehicle. It would be too expensive to have different carbon fiber passenger cells made to accommodate different charge port locations so they needed one location for all i3s made. Secondly, having the charge port in the rear of the vehicle, close to the power electronics, meant weight and cost savings.

During the development process, i3 engineers would fight to cut every gram of weight they could, and having a three foot long high voltage cable instead of one that was eight feet long made the decision easy. However the charge ports of BMW plug in hybrids are located on the front left side of the vehicle, as they are on Ford and GM vehicles.

Other OEMs like Nissan and Audi decided to go front and center, using the center of the front bumper and grill for their charge ports. Initially I was concerned that even a minor bump on the front end would result in a disabled charge port, requiring the vehicle to be immediately serviced. However that hasn't been much of a problem for the Nissan LEAF, the world's best selling pure electric car, so I guess my concerns were unwarranted.

Then there's Tesla. All of Tesla's cars have their charge ports on the rear left side of the vehicle. The Roadster's charge port is right behind the driver's side door, but the Model S & Model X have their charge ports integrated into the rear tail light lens, where it wraps around the side of the car. It's undoubtedly an elegant design, but it is the best place for it? Some Tesla owners say it isn't, and it can make plugging in difficult on many public chargers, especially if they are in a parking lot that prohibits backing into the parking space.

I realize the answer might be a little different for European drivers as compared to electric vehicle owners in the US, because unlike in Europe, the US has very few curbside public charging stations. Here in the US just about all public EVSEs are located in parking lots, not curbside on public streets. There's also the fact that most countries which were once British colonies still have right hand drive so that would impact one's preference.

Still, I'd like to pose this question to everyone who has experience driving and charging an EV, and I'd appreciate it if you took a moment to answer the poll. Once the polling is complete I plan to send the results to my industry contacts.