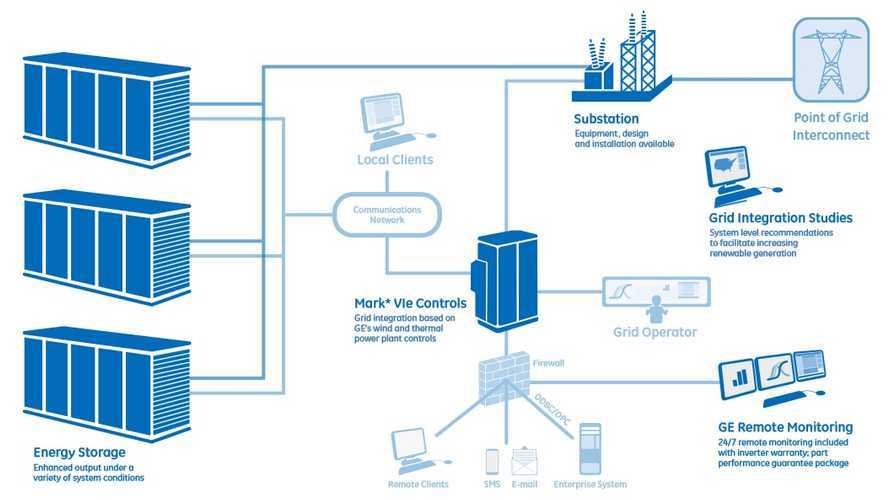 General Electric sometimes overshoots, which we saw when the company boldly announced the largest ever order of electric cars.

GE also didn't have luck with their energy storage systems, despite over 50 MWh of installed capacity in 25 countries.

Earlier this year, GE terminated the development of its in-house molten salt batteries Durathon used in ESS, and laid off most researchers who worked on that project.

"Earlier this year, it scaled back production of its own Durathon industrial batteries, reducing its manufacturing workforce from 200 to 50 at the Schenectady, New York plant where the battery is made. The company is focused on improving Durathon's longevity, including managing its chemical degradation."

But GE intends to get back into the game and is expecting the ESS market to expand four times to $6 billion by 2020.

"We believe in the space and its ability to grow. We think we can be a sizable player within it, and that’s really what we’re intending to do."

The new strategy includes the concept of using lithium-ion batteries supplied by other companies. Since April, GE secured two deals related to lithium-ion ESS in California and Ontario, Canada.

Having different batteries to choose from, GE will offer complete ESS including energy storage, inverters and other elements.