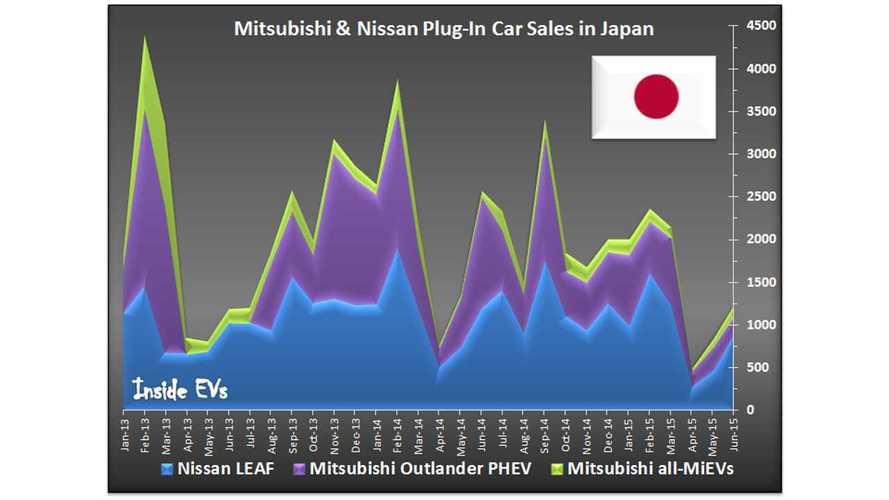 June was another poor month for Mitsubishi and Nissan flagship plug-in electric car sales in Japan.

Total sales of LEAF, Outlander PHEV and all-MiEVs shrunk by over 50% year-over-year. We don't have an idea of sales volume of other models (e-NV200, Toyota Prius Plug-I, Tesla Model S, BWM i3 and so on).

Nissan LEAF without a doubt is the leader among all-electric cars, but with 893 sales fell 26% in June.

Outlander PHEV went down by 83% from 1,300 to 221. Well, in July, Mitsubishi is introducing new Outlander PHEV, so we expect a bounce back.

Mitsubishi MiEVs are selling better, up 79% in June to 129, although this is still just a sliver of what we used to see a few years ago.