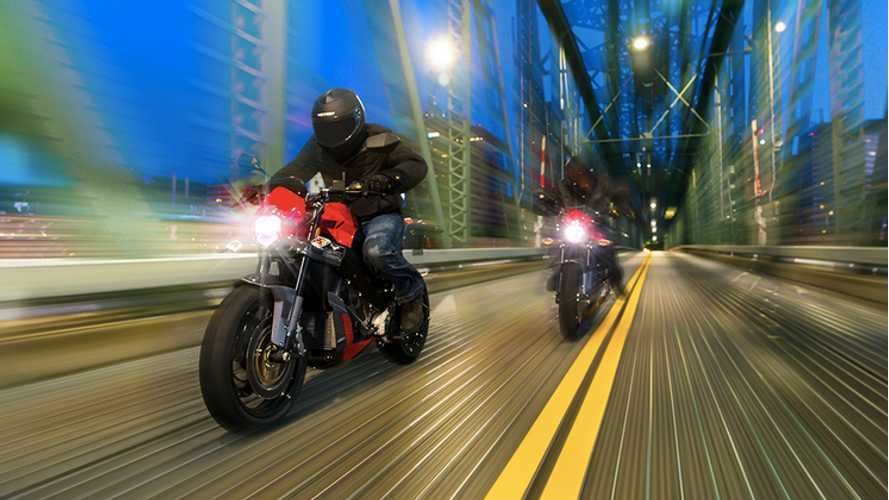 Victory launched the (mostly Brammo) Empulse TT last night, and didn't shatter much earth in the announcement, though it's being touted as a "... street legal electric race motorcycle.".  In what's essentially a very slightly altered Brammo Empulse, at more money, they beat Harley Davidson to the punch but in so doing reinforced some price points that are going to be a tough sell (as demonstrated by Brammo sales, or lack thereof). Pricing and range aside, the hurdles may be surmountable simply by virtue of the fact that Polaris/Victory is offering the product now, with all the support and dealer network that would come with.

Here are the specs - not much different from the Brammo:

Is it just us, or does that windscreen look like something out of JC Whitney?  No matter...

So what exactly are the changes?  First, notably, is a reduction in the beefy rear tire size - from the Brammo180/55-17 rear tire to the Victory’s 160/60.  According to Motorcycle.com's first ride report, this gives you "dramatically more agile steering responses. The Empulse still weighs about 460 lbs, but it feels almost 70 lbs lighter just from the change in wheel/tire sizes. The only downside is that the rear hugger fender now looks overgrown for the skinnier tire".

You also get a slightly bigger battery pack, increased to 10.4kWh - a 10% increase over the Brammo - and an ever-so-slight increase in onboard charging.  You also get a starting MSRP of $20K, a boost over the $17K price before the "fire sale", and a significant pop over the $16K Zero SR pricing.  You still get a tranny, clutch, and associated oil, and you don't get ABS brakes, a huge hit considering the Zero ABS offered in the 2015 SR.

Make no mistake, however, this is the very first offering of an electric motorcycle by a major manufacturer, and we saw how that went when Harley offered the LiveWire - a bike that paled by comparison to both the Brammo and the Zero, and a bike that, out of the gate, Harley made clear they had no plans to release as a production machine.  It's going to be an interesting year, what with the (significantly more beefy) Energica hitting the streets in a few months.

...in the meantime, enjoy the video: