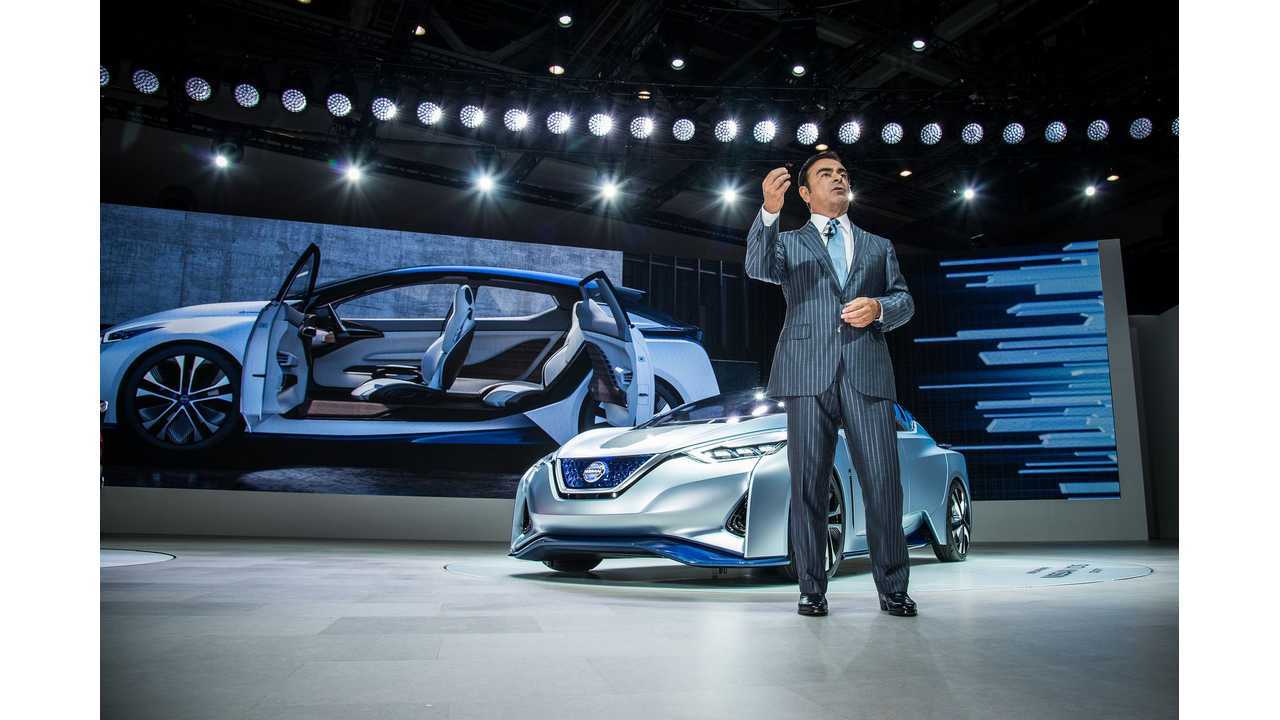 Ghosn, who is known for his strong support of electric cars, underlined the importance of zero emissions and autonomous driving in the future automotive market.

IDS Concept leverages both electric drive and autonomous capability, and it foreshadows the next-generation LEAF.

The new concept, with its 60 kWh battery, in theory could boast at least twice the range of the new 30 kWh LEAF (107 miles), which in Japan will go on sale in December.

Nissan has been developing autonomous drive in LEAF prototypes for several years, but as you can see in the IDS Concept, there will be still the possibility of driving the car manually.

Below you can find Carlos Ghosn's presentation, as well as live videos from Tokyo: