Porsche CEO: Profits Will Fall Due To Electric Car Development 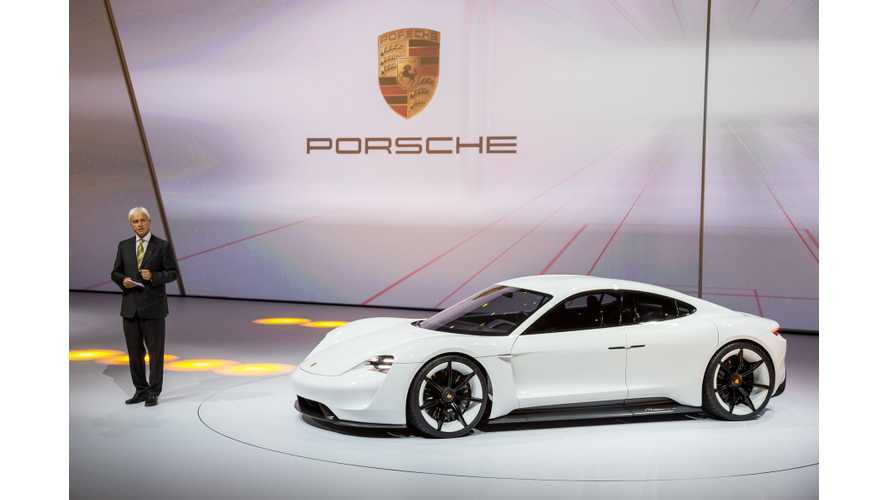 Porsche has made it publicly known that it expects reduced profits in the near future as it moves towards developing an all-electric car based on the Mission E concept.

Porsche CEO Oliver Blume made a statement that was picked up by Automotive News and reported as follows:

"Porsche now has "many new products in the pipeline" to set the course for future growth, Oliver Blume told reporters on Monday. "Therefore it's clear that we can no longer carry out major leaps on results," he said."

The electric car based on the Mission E will require a massive investment, which Porsche previously disclosed. That initial investment will cut into near-term profits, as it would for any automaker. but in the long term, Porsche's investment will undoubtedly pay off.

Just recently, the an electric car based on the MIssion E concept was fully confirmed for production when it received it F1 codename.