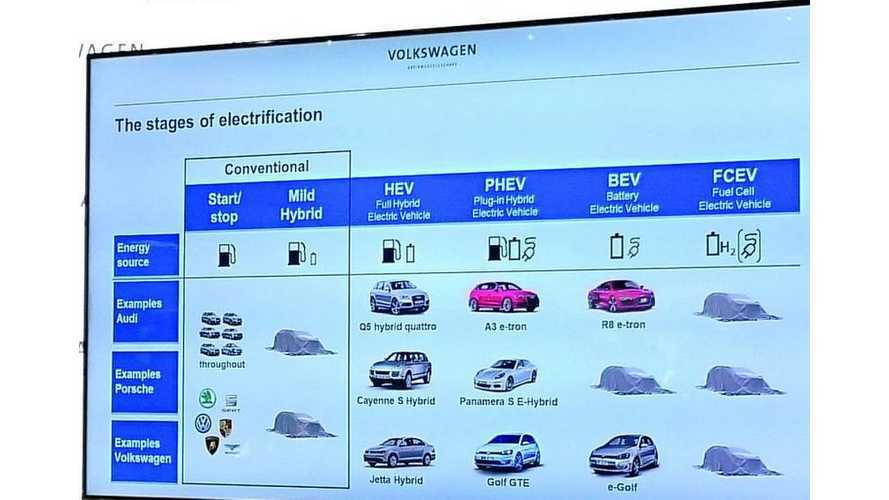 From viewing this slide, it appears that Volkswagen group will at least dabble in all forms of alternative transportation technologies, including hybrid, plug-in hybrid, pure electric and fuel cells.

What's more, all of these technologies will presumably be offered across all of VW Group's 3 core brands (Volkswagen, Audi & Porsche).

The vehicle we're most excited to see is the pure electric Porsche, which presumably will be more of a Tesla Model S-like offering.

This electric Porsche is expected to have a range of 265 miles and will likely launch in late 2017.  The latest rumor is that Porsche may show a concept version of the car sometime later this year.