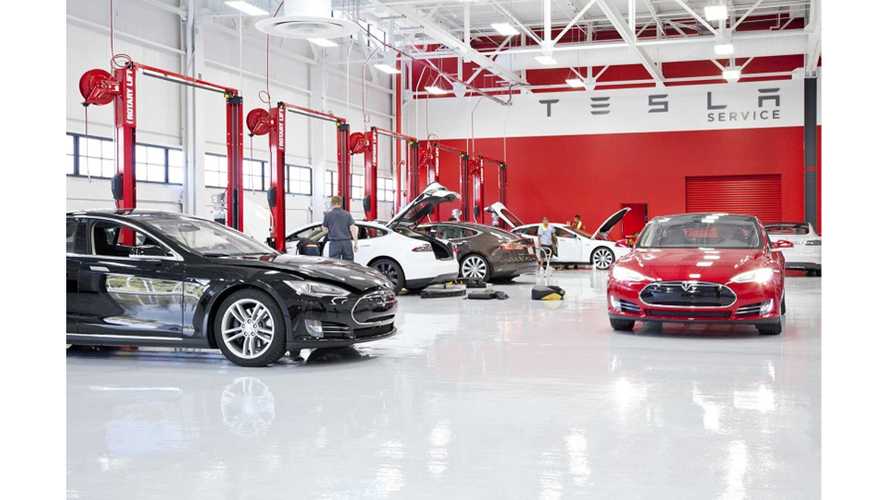 That's important because prices were high, and the drop is significant.

One of the owners (Linux64 - Tesla Motors Club) stated that his estimate to repair the damage came in under $10k, a massive drop from the mid $20k he believes it would have cost just 30 days prior!

"A week ago, a jackass was backing out of a parking spot and hit my P85D on the rear drivers side wheel and quarter panel.

The Tesla certified body shop in town now has my car, and just finished the estimate. The owner told me that about 30 days ago Tesla dramatically slashed the price of almost all parts to the tune of 66% reduction in cost. The repair shop which also handles Audi aluminum repairs along with other high end autos said that before the cost of Tesla parts were in line with Mercedes, Audi, BMW, but now Tesla is much cheaper. He said some things are still the same price, for example a 21" wheel is still $1500, but overall most parts saw a price cut. One part he gave me before and after prices for were the bumper cover ("the most common part needing replacing" he said) which went from $1200 to $320.

My estimate to repair the damage came in under $10k, whereas 30 days ago he said it would have been mid 20s."

According to Autoblog, a Tesla Motors' representative says the cause of the falling prices are due largely to economies of scale. Tesla is producing more cars, so parts become cheaper.