Mitsubishi Sold Over 5,500 Outlander PHEVs In Japan In 3rd Quarter 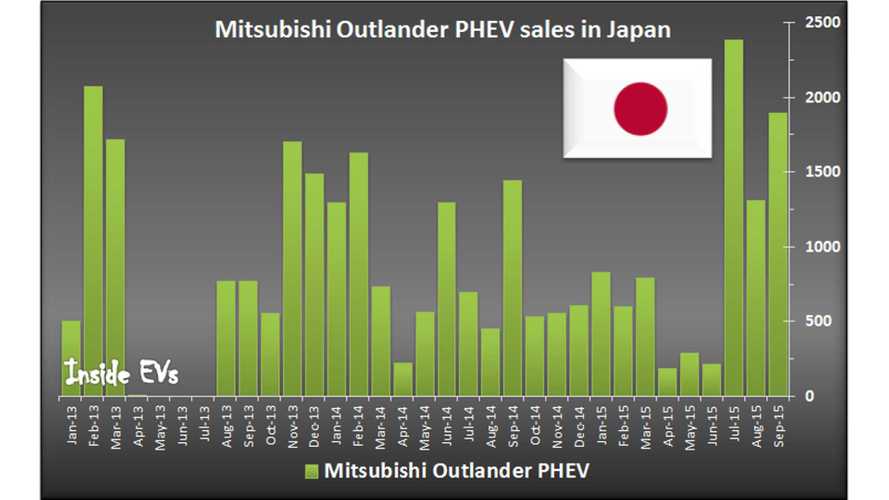 Mitsubishi Outlander PHEV sales in Japan stayed strong for the third month in a row after the new 2016 model year launch.

Outlander PHEV is still the best selling plug-in car in Japan, while the second best Nissan LEAF has been struggling ahead of the introduction of the new 2016 version (with 30 kWh battery). Only 835 were sold in September.  The new longer range, 2016 model doesn't arrive until December.