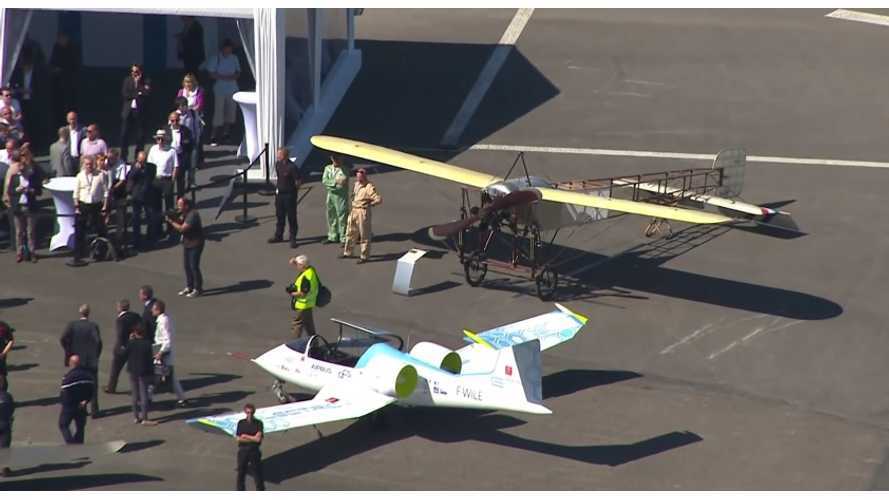 The E-Fan crossed the English Channel

Fully Charged released an episode this weekend about Airbus E-Fan's historic all-electric flight across the English Channel on July 10.

Total distance over water was 74 kilometres (46 miles) between Lydd, England, and Calais in France. The journey took 36 minutes.

Despite controversy behind the "first" all-electric flight, it was quite an achievement, 106 years after Louis Blériot’s epic flight.

"The 100% electric Airbus E-Fan on its first flight across the English Channel. The first steps in the electrification of air travel."

As a bonus here is full 75-minute video of the flight:

"Airbus' electric aircraft E-Fan is set to perform an historic flight over the English Channel, following in the footsteps of Louis Blériot’s first Channel crossing more than 100 years ago this month. The twin-engine electric plane is scheduled for take off from Lydd at approximately 10:15 a.m. CET, pending appropriate weather conditions, for a 45 minutes flight to Calais"