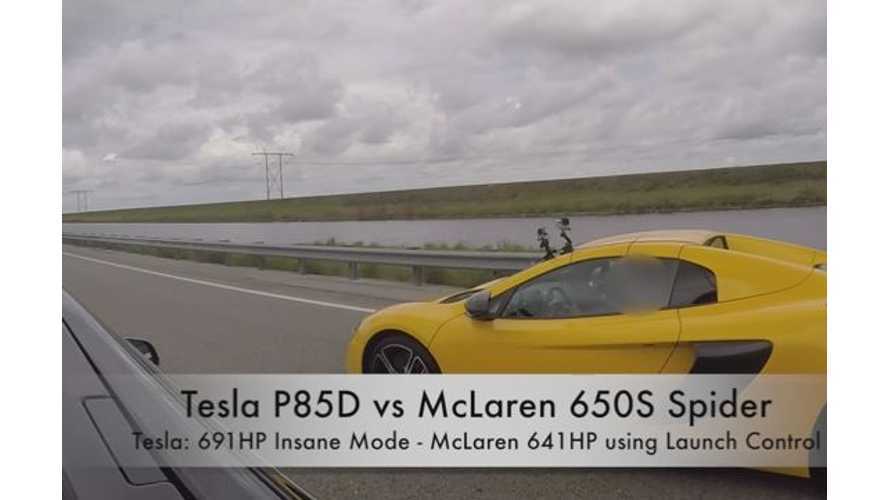 This race pits the Tesla Model S P85D against a McLaren 650S.

The power advantage goes to the Tesla, but it's a far heavier vehicle than the purpose-built-for-speed McLaren 650S.

Which vehicle wins the race?

Well, let's just say that this particular McLaren is one car that actually makes the P85D look slow, both off the line and further down the road.

The Tesla does take the lead early on, but that advantage only lasts for a second or so.

Full recap at DragTimes.   Racing should only be done under controlled circumstances, on closed roads and with proper oversight.