NRG EVgo Interview: Most Fast Charging Sites In US 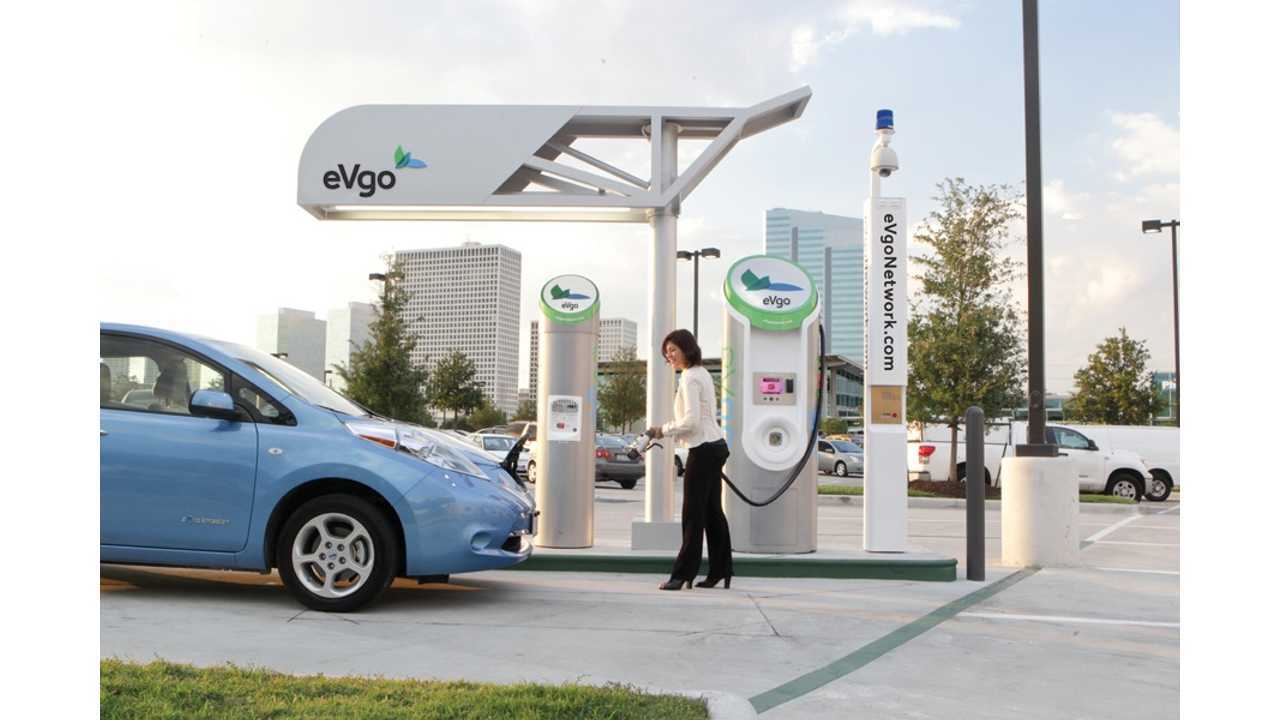 The company stated that with over 350 DC fast chargers (CHAdeMO and CCS) it has more public DC fast charging sites in the US than anyone else, including Tesla.

Size of the network doubled over the past eight months.

Important part in the network rollout are agreements with land owners. EVgo secured 59 such partners:

"EVgo has signed partnership agreements with 59 retail hosts all over the country, including Simon Properties, Macerich, Kimco, Whole Foods and Walgreens."

Asked about the Tesla Supercharges, EVgo noted the essential difference in the networks (chargers per location, public or just one brand):

"Charged: EVgo has become one of the largest and fastest-growing DC fast charging networks in America. However, it seems that Tesla’s charging network receives most of the mainstream media attention. How do you think the two networks stack up?

Arun Banskota: Tesla has more chargers, because they have as many as 10 chargers per location, but EVgo has more locations. You also need to keep in mind that the Tesla network exists to serve just one car brand, Tesla, while EVgo serves all car brands, including any Model S driver who wants to use the Level 2 stations or the CHAdeMO fast chargers, with an adapter made by Tesla."

Power of those DC chargers is no less than 44 kW, but EVgo is ready to install in the future up to 100 kW chargers in place of current ones.

Time for a quick look at the prices in Los Angeles Basin, where NRG EVgo has over 100 DC fast chargers.