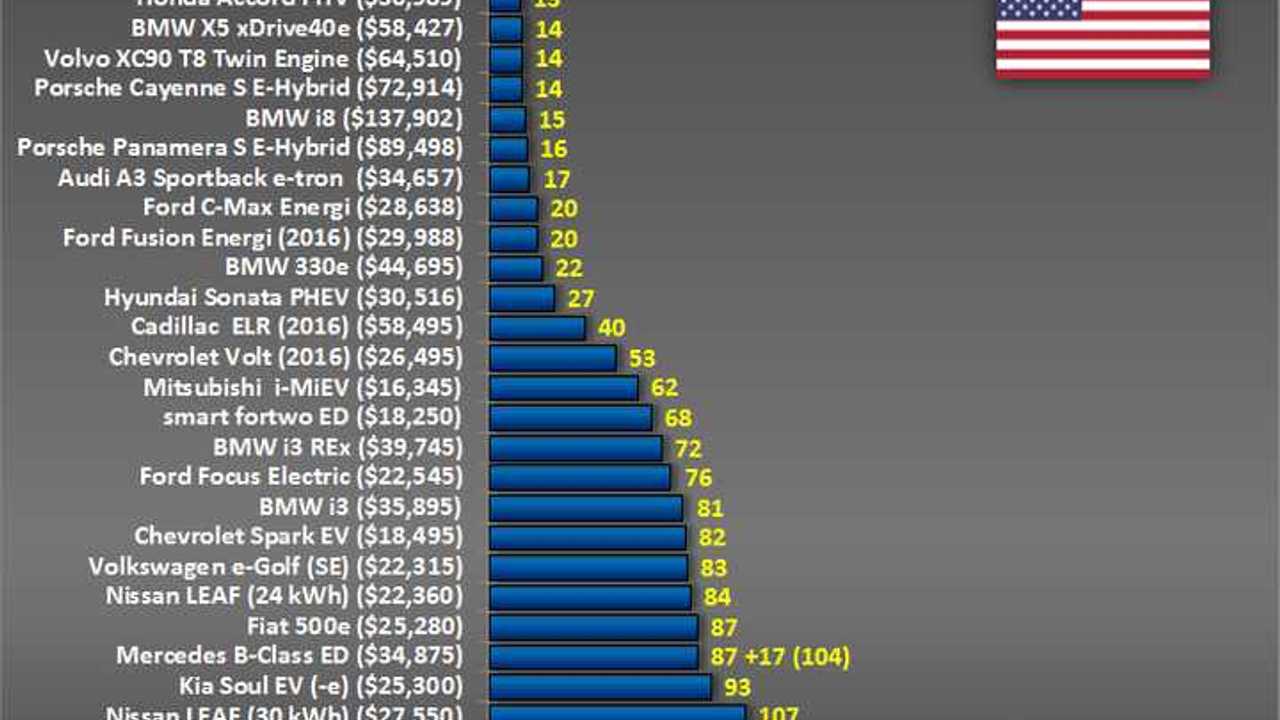 Here we present our new plug-in electric car prices and all-electric range (under EPA) comparison for February 2016 in the U.S.

A lot has changed since last time, as some models have disappeared, others had  prices tweaked up or down, and several had destination charge increased a little bit.

Our table/graphs were upgraded a bit too.

Among the changes we note:

Here we have all the models sorted by range, and on the second chart a total breakdown of the numbers: