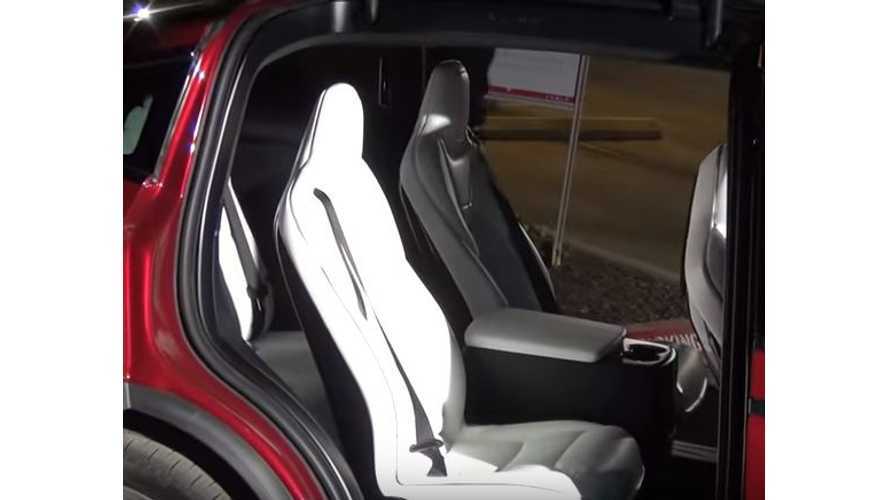 The Tesla Model X is offered in both 6-seat and 7-seat variations.

There's no price difference noted between the two versions, so it's really just a matter of taste as to which setup buyers select.

The video here (via YouTuber wessellfremont) focuses on the 6-seat version shown at the Model S launch event earlier this month.

Of note is that center storage cubby/cupholder between the pair of 2nd row seats.

As seen below, Tesla's graphic of the 6-seat Model X doesn't show the storage cubby. We wonder if it's easily removeable, thus allowing improved access to the rearmost seats?

The Model X in the video is a Founder's Edition. We're not entirely sure if this makes a difference, or if all Model X CUV's come equipped with the center storage console.