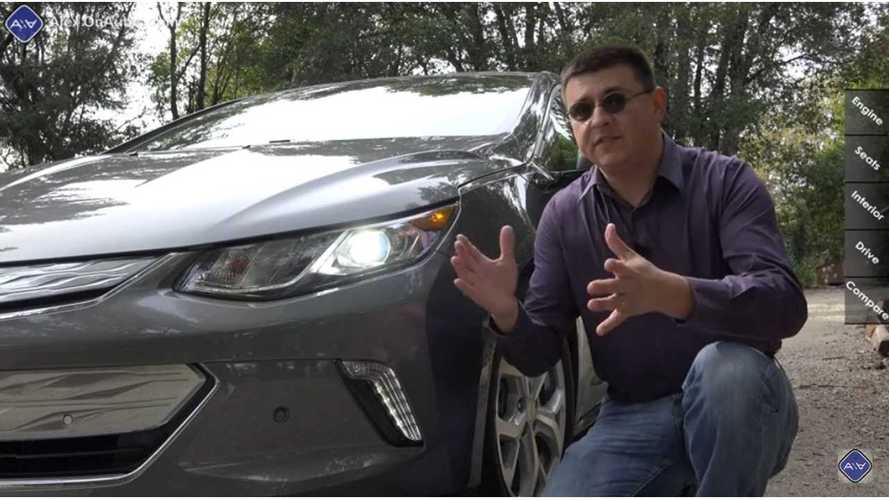 2016 Chevrolet Volt - Rear Facing Child Seat In The Middle Good, But How About Front Ways, Or 3 Across?

A few days ago, Alex on Autos posted an intense walk through of the new 2016 Chevrolet Volt's e-drivetrain (watch here), and promised us at the time a follow-up review on the overall car.

Now today,  that test drive has been published.  And just like the earlier walk-through on the Voltec platform itself, Alex doesn't disappoint.

Apparently once done with the test drive and recap, the reviewer had a little extra time to demo the backseats when used with a car seat (video below):

"GM added a center seat belt to the 2016 Volt but because the Volt is still a compact car things are still tight in the back.

Can you fit 3 child seats back there?  Go watch the video lazy pants.

About the new Chevy Volt:  Despite it only being the 2nd month of a new year, GM just started production on the 2017 model year edition of the 53-mile AER car last week.

We expect first copies to begin to show up the first of March.   However more important than the arrival of 2017 itself, is the fact that national deliveries also commence at the same time.