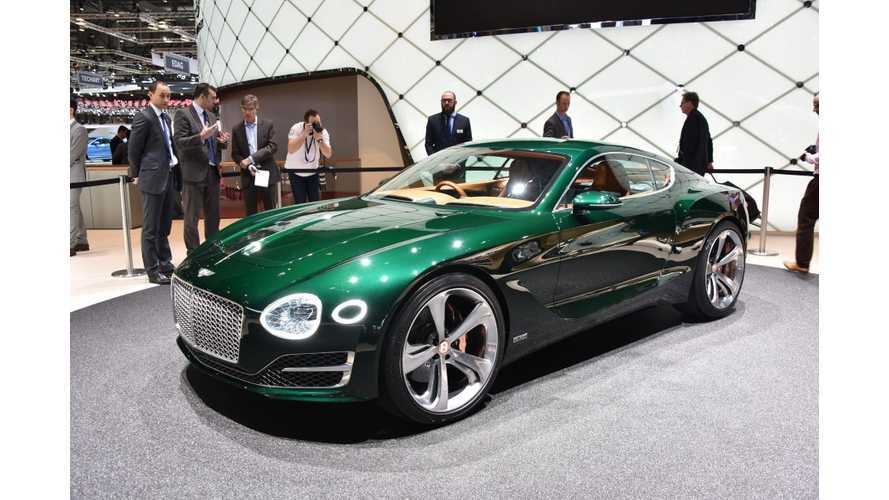 Bentley will electrify its lineup over the next several years, using solutions developed by other Volkswagen Group members like Porsche and Audi.

At first, there will be plug-in hybrid SUV Bentayga from around 2017.

The Bentayga is expected to be a popular model with up to 50% share of the Bentley brand (currently some 10,000 annually and up to 20,000 expected over the next decade).

The plug-in hybrid version probably will be equipped with battery/drive technology from the Porsche Cayenne S E Hybrid or the Audi Q7 e-tron .

But it's possible that we will see an all-electric Bentley based on parts from the Porsche Mission E. A decision on which models and what type of drive (pure electric or plug-in hybrid) is to be made in 6-12 months.

Bentley's board member in charge of engineering, Rolf Frech said to Drive:

"We are currently in the stage where we are evaluating all the possibilities, but there are so many question marks behind this. I think there will be an answer within the next six months to a year to decide which direction we will go, but of course electric will be a future strategy direction for Bentley."

One of the candidates for electric drive is the EXP 10 Speed 6 concept.

"One way we could take is something like the Speed 6 we already showed, but it could also be a more traditional car… we will see,"

"We not only have the ability to use the (Mission E) platform but we can also use a lot of these modules to bring into our car. I think there are big steps coming and what we are doing now is preparing ourselves if these steps make sense then we will go for it."