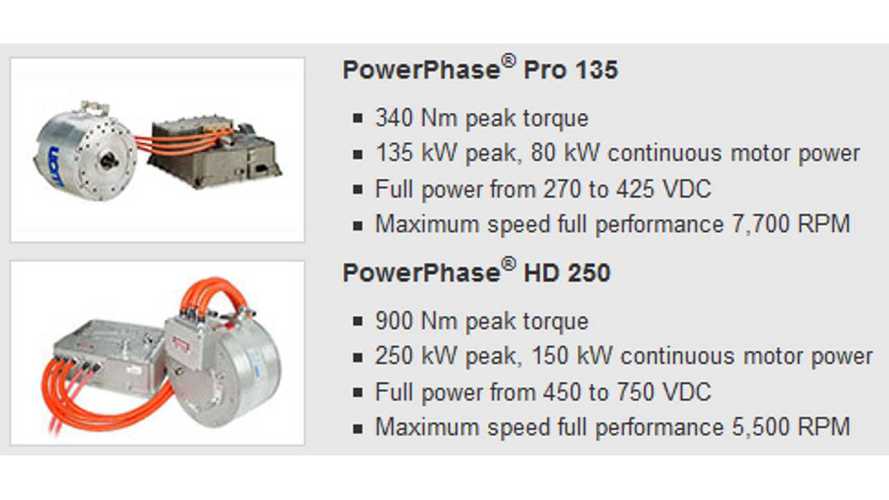 The 10-year supply agreement could translate into over $400 million in revenues based on projected orders.

The first stage for 2016 is development, test and certification programs.

Production is expected to begin in early 2017 in Colorado, but in the long term, beginning in 2018, production will be moved to China.

"Production is expected to begin in early 2017 following development, test and certification programs during 2016, and timing will be dependent on the successful completion of the test and certification processes, followed by orders under the Agreement. The Company has received the first purchase order under the Agreement for the initial 3,000 units which are expected to ship in 2017. UQM will manufacture its electric propulsion systems in Colorado through 2017 with plans to produce product in China beginning in 2018. Initially, the PowerPhase Pro® 135 electric propulsion system will be sold to address the 6-8 meter shuttle bus market in China, with larger delivery truck and transit bus applications slated to begin in early 2017 with the PowerPhase HD® 250 system.

ITL, based in Beijing, China, is a subsidiary of Eastlake New Energy and responsible for the entire electric drive supply to Eastlake and its subsidiaries. Because of its operational independence from Eastlake, ITL’s goal is to become a major e-drive system supplier to the entire China market. ITL has a preferred supplier relationship with Wuhan Public Transport Group (“Wuhan Bus”), a China state-owned operator of public buses, operating over 330 bus lines with a fleet of almost 7,000 buses with a goal to convert much of the fleet to new energy and electric buses. ITL’s parent company, Eastlake, is a holding company based in Wuhan, China whose subsidiaries include, in addition to ITL, three vehicle manufacturers (Yixing, Yangtse and Speka), which combined have over 1.6 million square feet of manufacturing facilities and capacity to produce over 15,000 vehicles a year. With over one thousand hybrid and pure electric trucks and buses already on the road, ITL will partner with Eastlake to bring anticipated significant volume of new UQM powered electric vehicles to the China market."

“The signing of this supply agreement with ITL is a major milestone for UQM, and is the result of many years of focused attention to the China market. This achievement solidifies our long-term strategy to become a major global provider of electric propulsion systems; particularly in China, the largest market in the world for electric vehicles. Attaining this agreement is testimony to the quality and performance of our products that are second to none. We are excited to partner with ITL and become a dominant player in the New Energy Vehicle market in China. We believe this agreement is a game changer for UQM and puts us on a realistic and timely path to long term viability and profitability.”

“We have looked extensively for the most reliable and efficient electric drive technology, and after careful consideration, we have chosen UQM Technologies as the correct partner for long term success in the China market.”