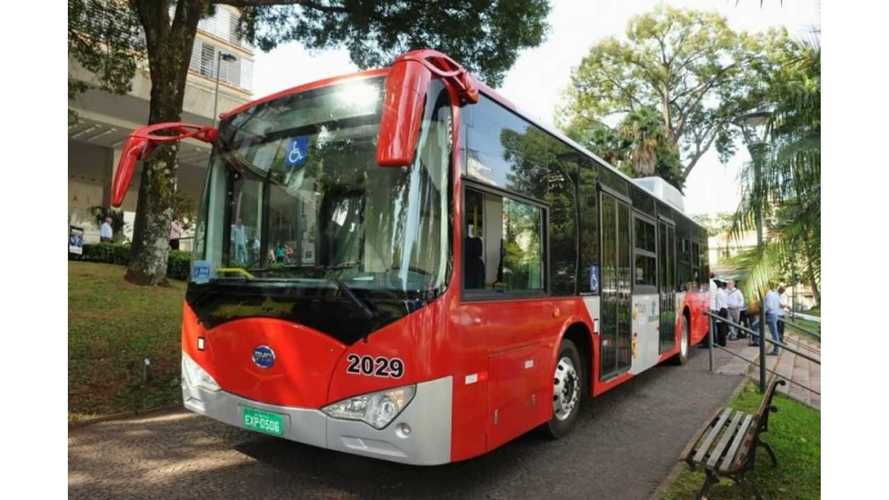 BYD is expanding its electric bus business in Brazil.

This is so far the largest project with electric buses in Brazil and later this year BYD intends to open an electric buses factory in Campinas. Solar panels plant to follow in 2016.

"Campinas Mayor, Jonas Donizete, was really impressed with the bus’s quality and technology, and said that “they are very comfortable, almost noise-free, and great for the environment”. He also mentioned that the city has a lot to gain with such technology, from better quality of life, reduction of pollutants and incentives to public transportation, and that he is very excited that BYD chose Campinas as the basis for its production units in Brazil. The company’s factories – one for electric buses and the other for solar panels, to be opened in the second half of 2015 and first half of 2016, respectively – will supply both Brazilian and Latin American markets. Between 2014 and 2017, BYD will invest around R$ 350 million and generate around 650 jobs."