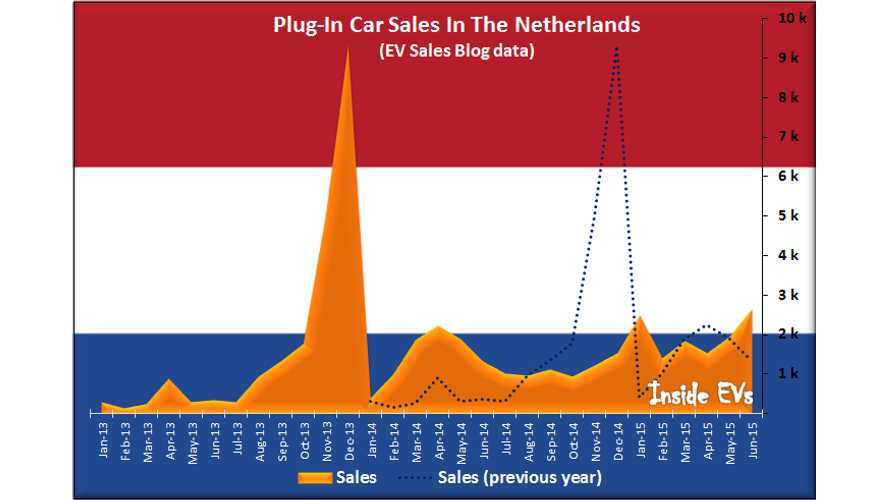 Mitsubishi Outlander PHEV rush in the Netherlands in late 2013

The Netherlands is reaching its own milestone of 50,000 plug-in cars on the roads.

The spike in late 2013 was related to first deliveries of the long-awaited Mitsubishi Outlander PHEV.

The Japanese SUV is up to date still the most popular model with over 18,000 units sold.

This year something is going to change, as after the first six months the market leader is Volkswagen Golf GTE.

Tesla Model S is the best selling all-electric car in the Netherlands (around 3,500 sold in 2.5-years).

This year average plug-in sales stand almost perfectly at 2,000 a month. The majority are plug-in hybrids.