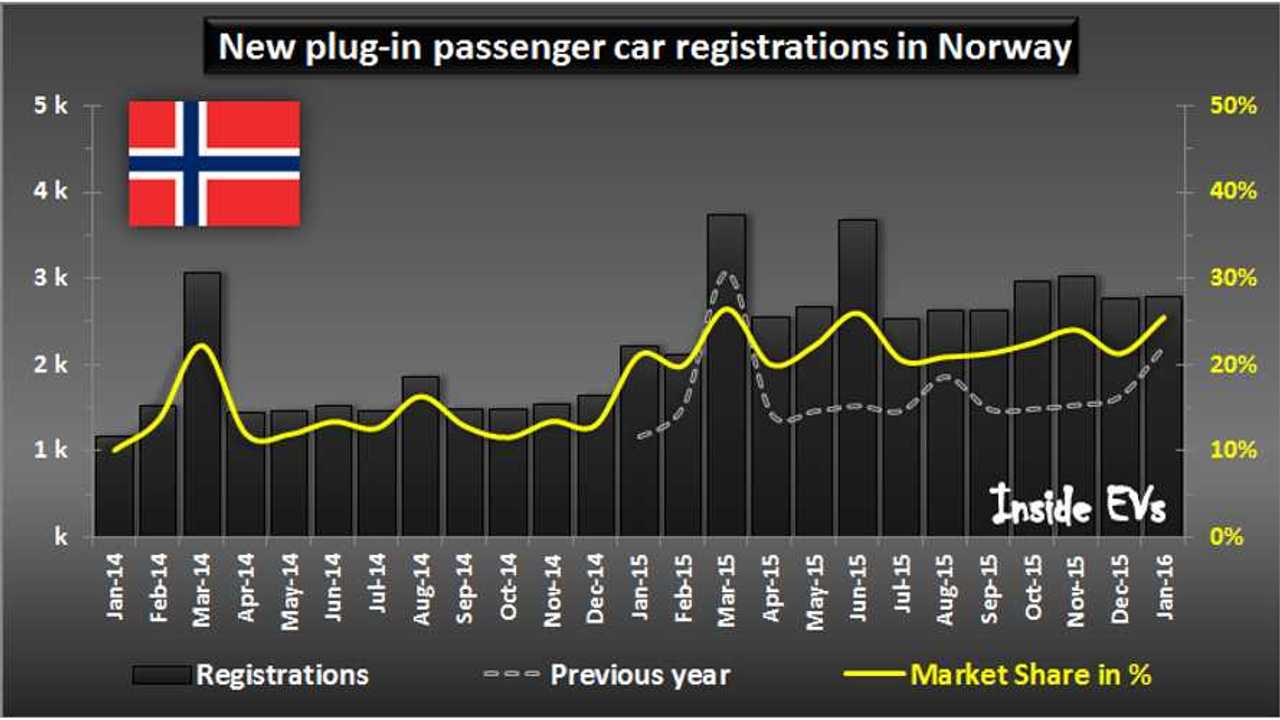 The Norwegian plug-in electric car market grew in January 2016 by some 26%, which is not terribly unusual for Norway.

Official data also includes 404 used imported passenger electric cars (think Kia Soul EVs from Germany for the most part), 62 new electric vans and 6 used imported vans, as well as one hydrogen fuel cell Toyota - that must be the Mirai.

Pure-electric cars are selling better than plug-in hybrids in Norway, although January saw BEVs up just 0.5% compared to the previous year. On the other hand, plug-in hybrids enjoyed a 172% increase!

We don't know the detailed results yet for all VW models, but it does seems that Volkswagen moved at least few hundred e-Golfs and secured first place.

BMW i3 is surprisingly high at #5 overall with 294 registrations, just ahead of the Nissan LEAF with 284.

The 15th most popular model was the Renault ZOE with 197 registrations.

105 registrations didn't allow the Tesla Model S to break into Top 20 yet, but in the case of Tesla (second in 2015) we should see better performance later this year.