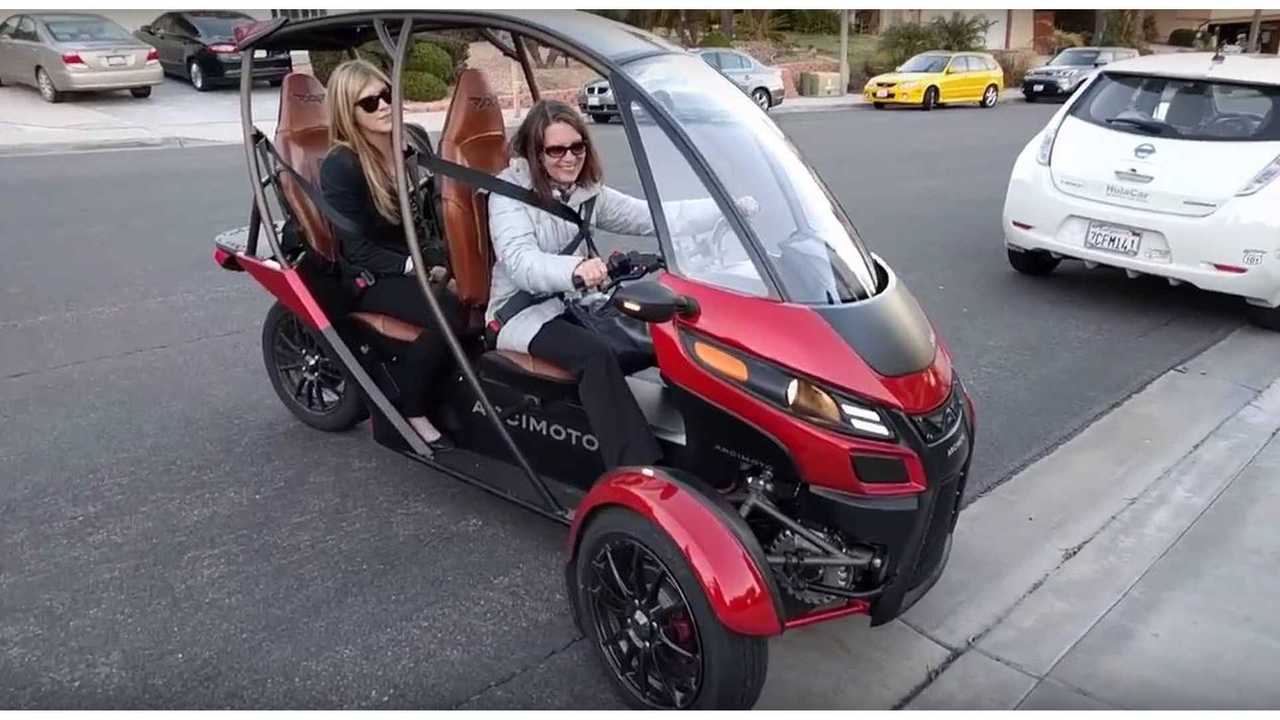 Heady...but uncertain days in 2009 with the BMW Mini-E

In 2009, I was fortunate enough to become a field trial driver of pre-production electric prototypes; first the BMW Mini-E followed the BMW ActiveE. I drove both for five years in an effort to understand where we were going as we transitioned to the future of electric transportation.

Heading to my County of San Diego Planning Commission Meeting.

Do you ride or drive the Arcimoto? Tough question to answer, I’ll go with ride. Riding the SRK these past few days, brought me mentally back to early 2009 comparatively speaking, when I was first handed the keys to the prototype BMW Mini-E. Heady days…

Imagine the ability and resources of BMW, a 100 year old company that produces approximately 2 million vehicles a year, in putting together a prototype electric car program and showing that pre-production car to the world. Now imagine the resources of a small but mighty Oregon based startup called Arcimoto as they begin traveling the same path, demonstrating their pre-production prototype to the world.

Two in one parking space, both connected to the dual head L2 charger

As a driver of both the BMW Mini-E and now for a few days and several long trips, the Arcimoto, I was amazed to find that the prototype SRK is far more refined and closer to production ready than was the Mini-E. High praise for the Oregon based Arcimoto and their ability to execute a well thought out plan.

The vehicle architecture is sound, stable and robust, nicely put together with attention to a high design ethos. A few little tweaks to the steering assist and steering feedback levels, the emergency brake location, and the hydraulic foot brake location are the only obvious improvements that are needed. All are known realities of a one off prototype and easily addressable in the next phase of pilot vehicles. It’s darn near ready to be displayed in a new vehicle showroom and sold as it is.

The SRK pulls some vehicle architecture inspiration from the 2000-2002 BMW C1 with the roll cage, cross seat belts, and upright car like seating position. This along with the three wheel stable platform, allows the rider to ride without a helmet in certain states such as Oregon and California. Where the SRK improves surpassing the BMW C1, is in its quiet electric drive train, 3 wheel stable platform, two seat configuration and freeway speeds. On the road the SRK feels more car like in ride quality. The suspension is top notch. I'm just guessing that the engineer in charge of the SRK's suspension dynamics has some track time in the seat, as the double wishbone race car like suspension is that good.

The three wheel configuration also positions the SRK as a preferred platform ready to enter the world of shared and autonomous driving. It's easy to envision a future where a train commuter gets on a SRK and takes it the last 3 miles to the workplace. After arriving the SRK would then autonomously reposition itself back at the transit station or drive to the next customer who has hailed a ride, perhaps at a hotel or shopping center.

You can also see a future where an operator like Zipcar or DriveNow would have thousands of SRK's in each large city. It's low cost, zero emissions, off the chart fun factor and the ability to have fleets of SRK's in 1/3rd the space as the same number of cars, gives transportation planners and car share companies some new tools in the toolbox.

These past few days, the two SRK’s were introduced to several hundred San Diegans via test drives & static displays, as well as trips up and down scenic coastal North San Diego County. Everywhere the SRK’s went they were greeted with high fives, thumbs up, waves, and lots of cameras. All age groups from seniors to high school seniors were interested in the stories and solutions represented in the DNA of the SRK’s.

When a ride like the SRK draws more attention and “Out Gawk’s” the ultra beautiful BMW i8 parked in the next space, it has my attention and should have the automotive world's attention as well. When it’s on the road in front, astride or behind you, you just can’t help but smile at how "uber cool" and how unique is the SRK.

Carlsbad Cars and Coffee, The hit was the Arcimoto SRK's
Tough to please "gasoline guys" wanted to learn everything.

When pulling away from a light, you can’t help but be surprised how quickly it sprints to 70 mph. It may be cool, that’s true, but it’s also seriously quick, stable and a friggen blast to drive, err, I mean ride. Coming to a stop, the regen is perfectly integrated in a hand lever on the throttle side of the handlebars. You feed in the regen by how hard you squeeze the hand lever.

I would estimate the max amount of regen as twice as strong as the BMW i3 which has the most regen of any car. I love it and it's super easy to use. It's the best regen system I've tried and I've driven almost every electric vehicle there is. Think bicycle hand brake simple, the harder you squeeze, the more regen.

You don't have to use all that regen but you can certainly ride the SRK without using the friction brake. The friction brake is down on the right foot pedal in a traditional position.

Anticipating riding the SRK before its arrival, I was contemplating its “limited” use case in my mind.

After “riding” the SRK up and down the California coast for a few days in early February, It’s clear to me that this vehicle architecture is intersecting with history at exactly the right time and that its transportation use case is broad. Far broader than a motorcycle, far broader than a convertible and far better than a car in metrics such as parking, efficiency, pollution and cost of ownership for urban and suburban dwellers.

Will it haul your four kids around? No. Will it get you to work, get you to the restaurants and stores, get you to transit, and get you 100 miles down the road at freeway speeds, absolutely. What a blast of fun you’ll have getting there.

As our nation continues its migration to cities and our citizens more often making the choice to live closer to where they work and closer to families (the opposite of urban sprawl,) vehicles such as the Arcimoto SRK will play an ever increasing role connecting us to our transit options, to our work, and to each other.

It’s not a motorcycle, it’s not a car. It’s an Arcimoto.

February cruise along the sand.....Paradise.

I look forward to the pilot series of vehicles from Arcimoto and then the retail offerings across the nation. After spending a few days exploring this unique vehicle and spending time with its CEO, suffice it to say, I think they are on a great trajectory. I think they have the "secret sauce" and I wish them wind in their sails and wisdom in their decisions for the next few years of their journey.

I seem to have room for one more vehicle in my garage.