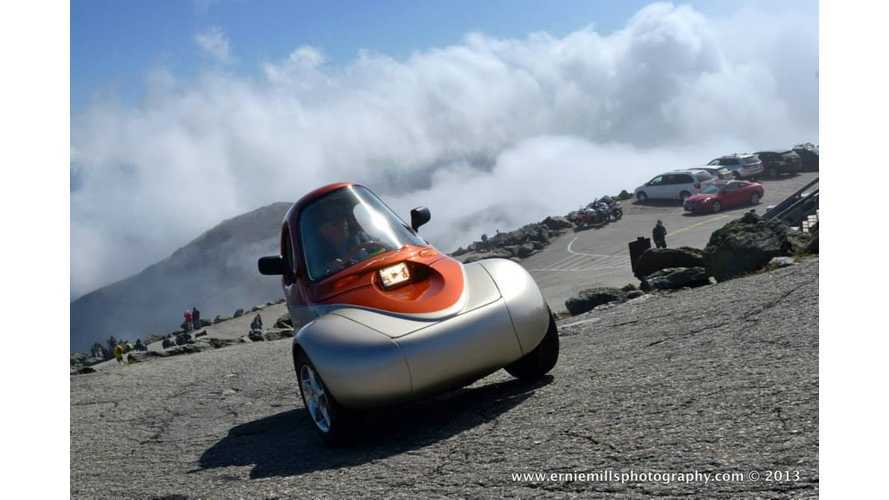 In an interesting little piece on DigitalJournal.com, we read that a Vancouver company is building “... the Volkswagen Beetle for the 21st century,” Jerry Kroll told driving.ca's Andrew McCredie. “After 30 minutes of driving it, you feel like you are wearing Robert Downey Jr.’s Ironman suit. You’re wearing the car. It’s the way driving should be.”

The story goes on to claim that "The Sparrow was first built by Corbin Industries way back in 1999. Kroll worked with Mike Corbin back then to bring the car to Canada...", and that "Myers Motors bought remnants of the company, (in 2004) which were bought by Electra Meccanica to resurrect the Sparrow to get it to fly again."

All except for one thing.  Mike Corbin, of Corbin Motors, still owns rights to the Sparrow name and many of the design rights, and is releasing the actual Sparrow 2 later this year.

Apparently, blurring the lines in intellectual property never gets old, and somewhat shoddy reporting lives on as well.  According to our contacts at Corbin Motors, though Myers Motors bought some rights and parts, they didn't own any rights to many parts or, more importantly, the name.

"They (Myers) had a contract that they could build out existing eggs at that time , but could not go on to make parts covered by Corbin-owned patents , nor use Sparrow name or logo, so they actually had no rights to sell to Canada.

At one point, Myers tried to make swingarms, against a Corbin patent and did receive a warning letter."

As far as the updated (with lithium, AC motor and a slightly updated body style) "real" Sparrow 2, look for that from Corbin Motors in "... late '15 and become available, in limited numbers , in '16."  ...and you'll read about that here, on InsideEVs first, according to Corbin.

Electra Meccanica has not returned our emails for comment.

For some actual reporting on the Sparrow story, don't miss the Wired interview of Mike Corbin back in 2012, here: Sparrow 2: The Redemption of an EV Pioneer.

UPDATE: We just received word from Corbin Motors: "Jerry Kroll, of Electra Meccanica (Canadian Sparrow) and Mike Corbin are stating to talk about working together for Sparrow."