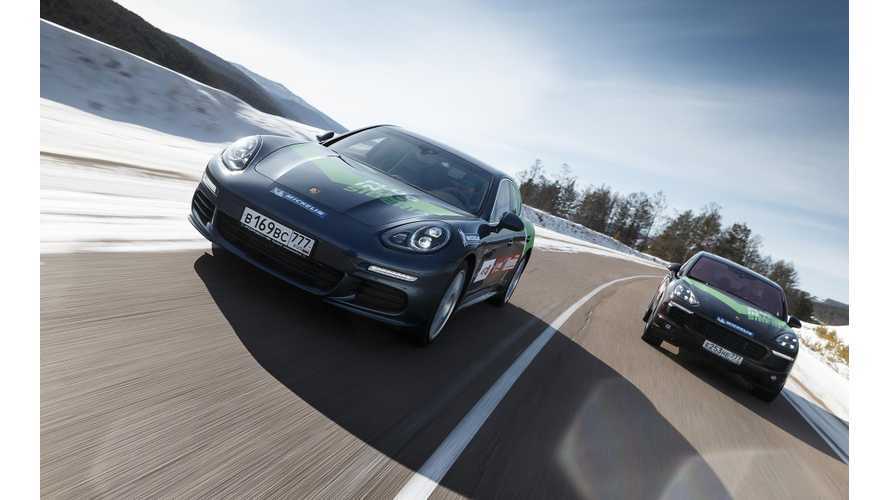 The 2015 Frankfurt Motor Show scheduled for mid-September could be the first opportunity to see the all-electric Porsche intended for commercialization.

French sources said that Porsche will unveil Pajun, a smaller Panamera (called also Panamera Junior), which could be a Tesla Model S contender. At least range is expected to be similar to Model S 250-300 miles.

Sadly, since production perspective lies somewhere in 2018, we are talking of a concept or pre-production version debut, if it appears at all.