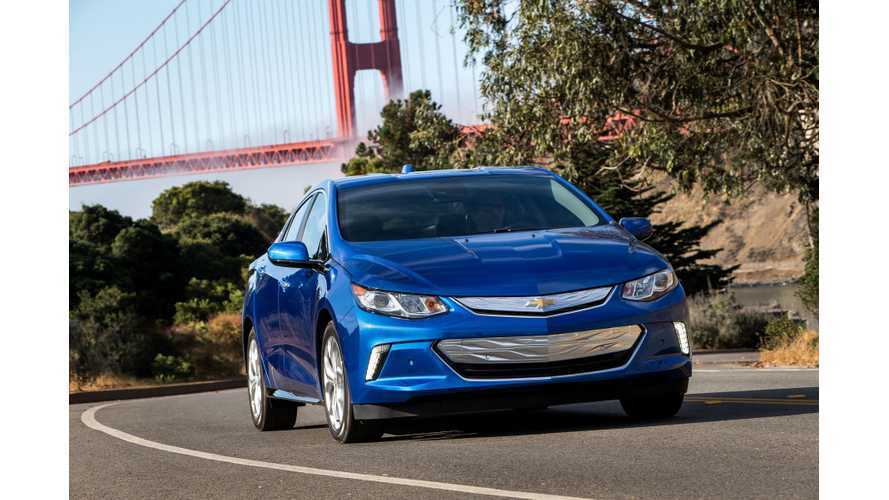 Chief engineer for General Motors’ electric vehicles, Greg Hubbard, compares the rise of electrified vehicles to that of the "alternative" music scene of the 90s. He asked, "Why do they call it alternative music?", when it seemed everyone was listening to it. To him, it appeared mainstream. He pointed out that, “What was once considered an alternative energy vehicle is now considered mainstream."

Hubbard confessed that the reality is that alternative fuel vehicles sales would have to escalate to 20 percent of total automotive sales to be considered truly "mainstream." He said, “Looking back, it’s taken us 15 years to claim 4 percent of the market.” Hubbard is optimistic that it won't take another 15 years to get to the next 4 percent. "I’m getting too old too quickly,” he joked.

As he contemplates the future, Hubbard is honest to admit that there are still many challenges ahead. However, he is committed to making vehicles like the Volt and the Bolt EV mainstream.

During Hubbard's recent MIT visit, he brought a 2016 Chevrolet Volt. Boston.com took a test drive and highlighted some of the Volt’s second generation changes. Most changes were made based on driver input from the vehicle's first generation.

The second generation features a 40 percent increase in electric range, to 53 miles. The Volt also includes a standard gas tank for trips exceeding 53 miles. This extends the range to 370 more miles, but Hubbard is confident that most Volt drivers will be able to rely on the electric feature of the car.

Hubbard explained that, “The goal is not simply to reach the Volt enthusiasts, but a more mainstream audience as well."

Hubbard is excited that GM has "cracked the code" with the ability to market an electric car with much longer range, at a very reasonable price. The model will ring in at around $30,000 with a 200-plus mile range.

According to Hubbard, The Bolt's 200-mile range should become a top selling point. He explained, “We’re really excited that we’ll be the first to the market with what we believe is a game-changing vehicle."

Will General Motors and Hubbard's team be able to push electric car sales fully into the mainstream?