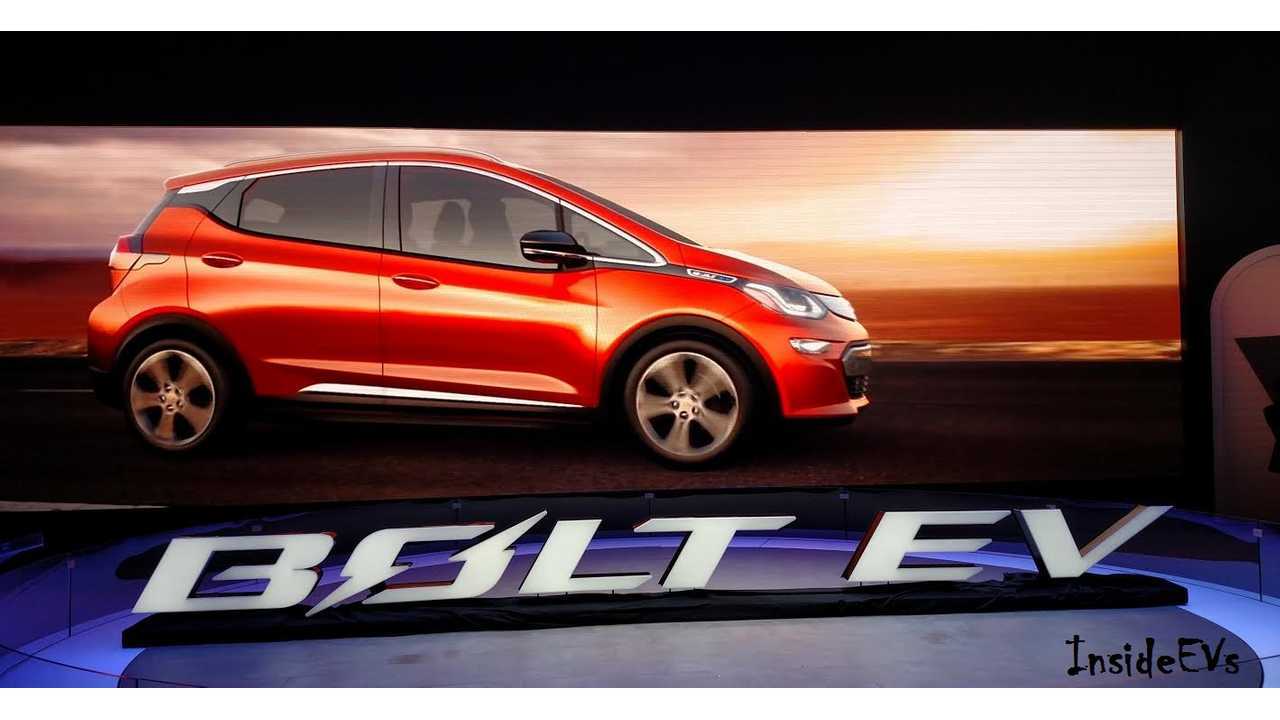 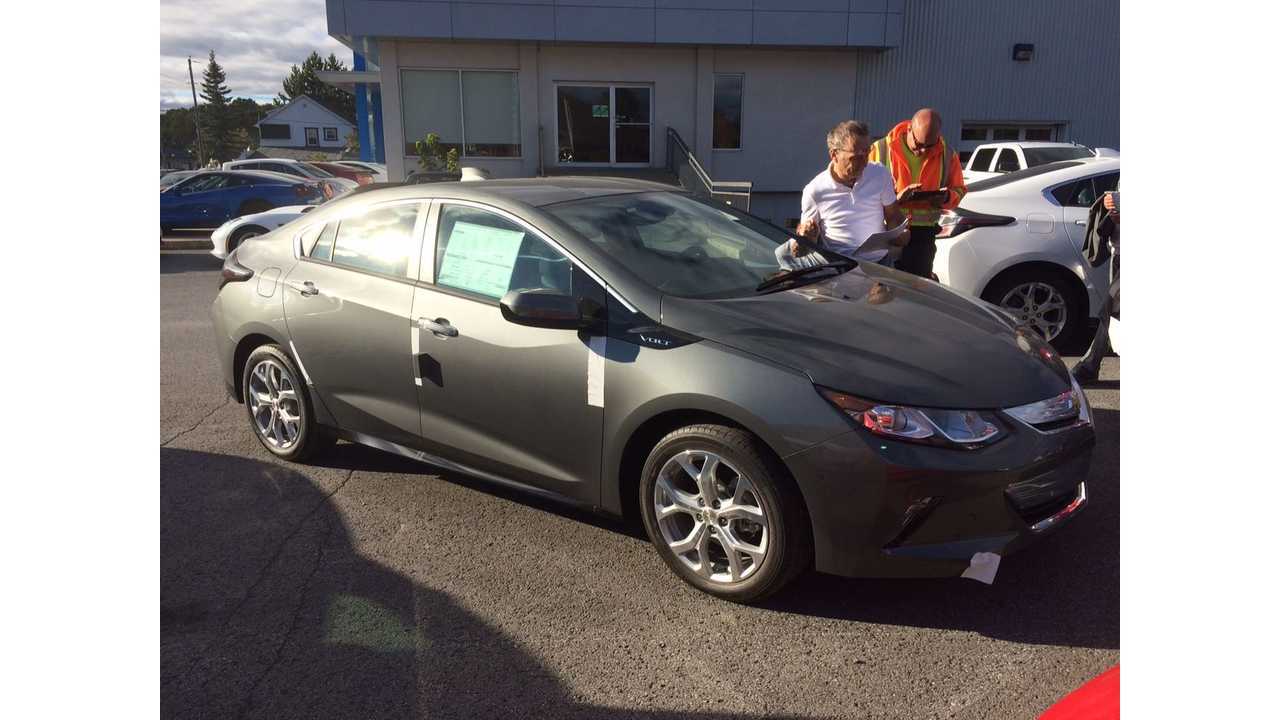 Despite GM only have taken the wraps off the production-intent Chevrolet Bolt EV last month at CES in Las Vegas and the NAIAS in Detroit, one Chevy dealer is showing that demand for the 200+ mile EV is already very high.

That dealer is Bourgeois Chevrolet in Rawdon, Quebec (Canada),  where part-owner Samuel Jeanson says he took  33 pre-orders in the 2 weeks after the debut; this despite the EVs arrival being almost a year off.

Update: Make that 93, as Bourgeois Chevy posted this update on February 9th

These orders on the Bolt have also been acquired even though the EV is still is not officially on sale by GM, it has no stated MSRP, and consumers putting down deposits today have no guarantee of any special early delivery dates by doing so.   These customers are operating only out of a strong desire to own the plug-in.

We should also note that Bourgeois Chevrolet is not your ordinary dealership.

They also received the very first 2016 Chevrolet Volt delivery anywhere in North America...and they really love plug-in vehicles.  In fact, as AutoNews recently found out, they more often than not, attempt to convert customers attempting to buy gas cars, to make the switch into plug-ins - a refreshing change!

"It is an amazing market," says Jeanson, who has sold Volts to customers from as far away as British Columbia. "Even customers who come in for conventional product and ask for gas, we sell them an EV" 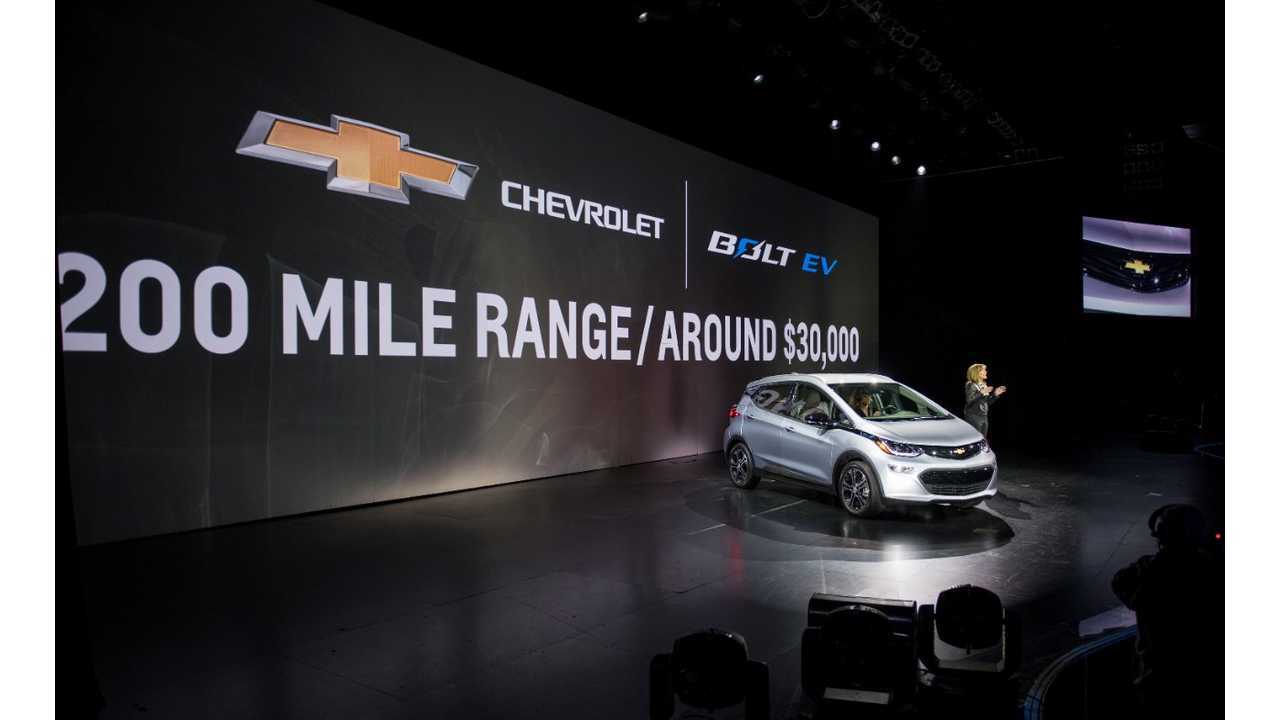 Today, the dealership looks to scoop up as many plug-ins as possible from GM directly, but they also roam auctions both in Canada and the U.S. looking for deals, while also taking in unwanted new Volts from other dealers.  Besides the 93 Bolt pre-orders, Bourgeois says they have 43 pre-sold copies of the new 2017 edition of the Volt, which just went into production last week. 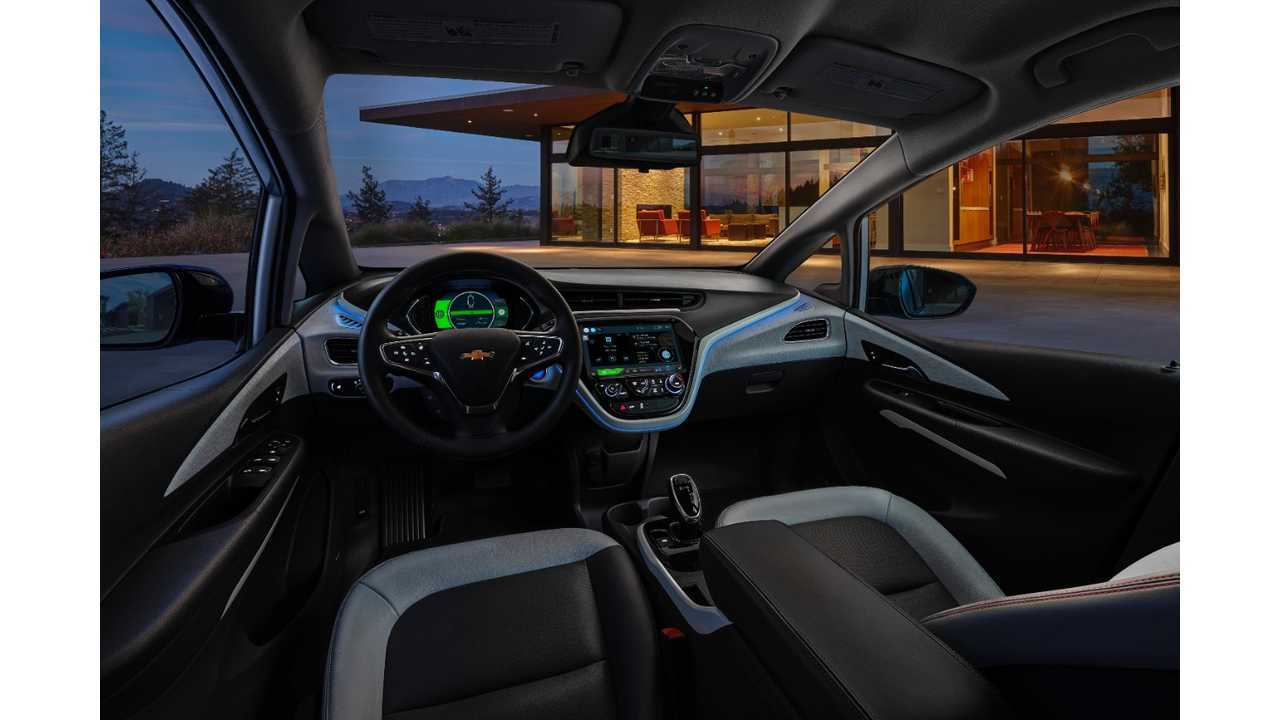 Part of the difference between the Quebec dealer and other traditional retail models is that the business is family owned, and no sales people work on commission.

The owners freely admit that plug-ins take longer to both educate and sell to customers, but having sales people that are in no hurry to rush off to the next sales, is an advantage in this case.

"The dealership has been in the family 50 years, and we didn't have any commission for 50 years," says dealer Jeanson,  "People want to know how it works. It takes three to four times longer to sell an EV than a regular car."

"If a salesman is selling an EV on commission, he's not interested in selling an EV. They have the same price and less profit."