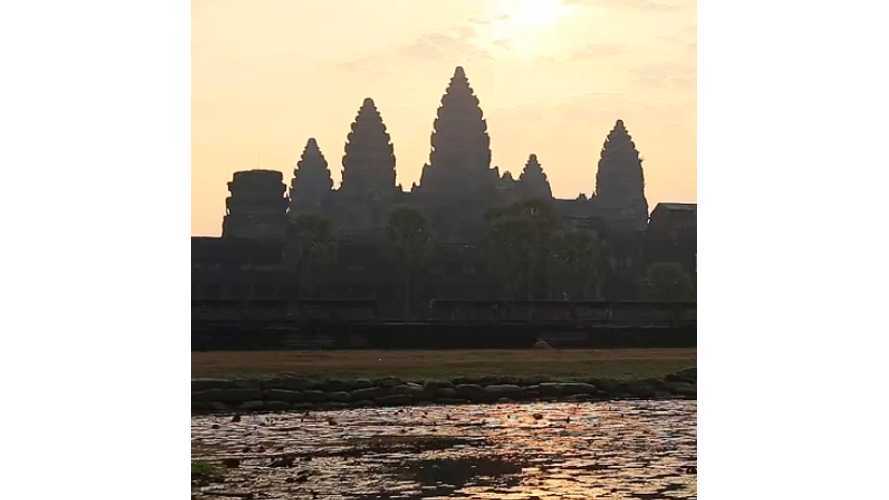 By: Jay Cole
Like most ancient structures today, Angkor Wat - a 12th century temple in Cambodia, draws more and more tourists each year as the wealth effect enables more people to take in the "City of Temples".

And just like the Colosseum in the center of Rome, the ancient complex really doesn't appreciate the visitors, especially if those visitors are doing things like driving cars.

For the Colosseum, its vibrations and destruction via exhaust fumes.  At Angkor Wat,  you can add acid rain to the list of internal combustion engine grievances.

Enter Blue Solutions, and its parent-mothership from France - Bolloré, who now is operating under a 6-month trial contract to rent out all-electric cars to tourists at the 400 square-kilometre UNESCO World Heritage Site for $80 per day.

Blue Solutions stresses that not only are its BEVs clean (20% of the power is acquired internally from a nearby 400 kW solar farm installed by Bolloré), but the silent operation enhances the experience for guests.

Naturally, the local Tok Tok drivers are none too thrilled with the development - fearing they will be forced out, touting the merits of a "free market" over the preservation of Angkor Wat.