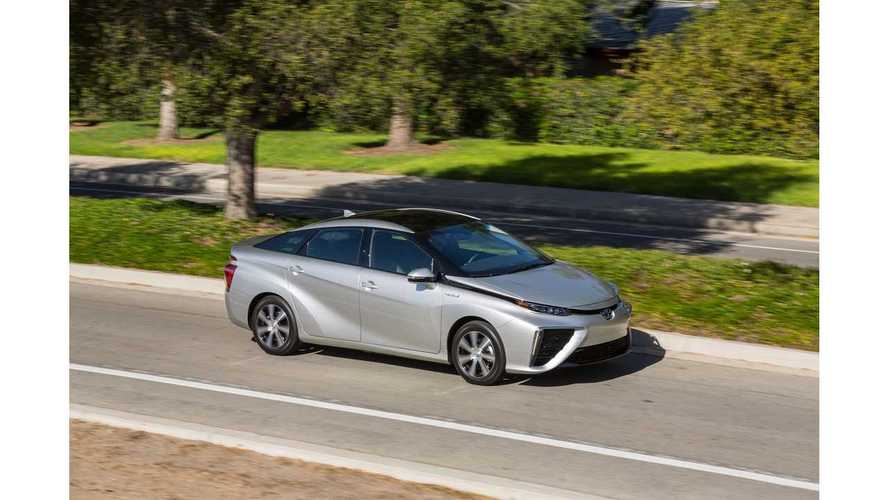 Toyota is preparing itself for launch of hydrogen fuel cell cars in the UK later this year.

"Toyota says the showroom price for Western markets has yet to be decided, partly because it does not know what, if any, government subsidies will be available for the Mirai. It has suggested that it will cost around €66,000 plus local taxes in Europe. This will work out at an on-sale price of around £60,000 in the UK."

Together with extraordinary high prices, Toyota offers extreme low number of Mirai, which gnash with "mass market" intentions. We are talking about 11 units only for selected fleet customers! And next year maybe 50 out of 2,000 Mirais planned for all markets.

"Initially, just 11 cars are heading for the UK, being handed over to select fleet customers for assessment. It is expected that as many as 50 cars will be imported to the UK in 2016."

The Japanese company believes that the Mirai is the future of automobiles with exponential growth to come later, but for now this looks more like a pilot project.