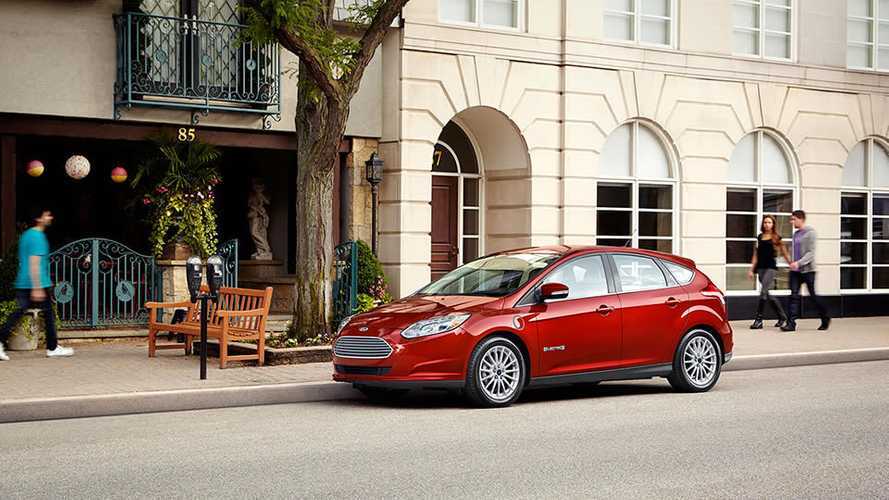 ...It's The Refreshed Fusion

Ford has never been considered a leader in electric cars like Tesla, Nissan or General Motors (or others).

But now Ford is investing $4.5 billion into electrified vehicles and is hoping to come out ahead.

This comes at time when the company's stock is at a three-year low. This is due in part to rising labor costs, battery costs and low profit margins. Kevin Layden, Ford's electric car director explains, "battery costs are not coming down enough to democratize it."

CEO Mark Fields hopes to add 13 new electrified models by 2020. The lines will consist of hybrid, plug-in hybrid and fully electric options. This would boost Ford's model lines from 13% to 40% as electric options.

In order to make this happen, Ford is increasing battery research at their Energy Institute on the campus of University of Michigan. Here Ford can experiment with innovations in battery chemistry, with a goal for lighter, more powerful, longer range batteries. Assistant director of operations for the institute, Bruno Vanzieleghem says, "People are still looking for a breakthrough, but we are innovating with what we have now." Advancements are slow and small, as companies look at using thinner electrodes or alternative chemicals. Greg Less, Senior Lab Manager offers the example of trying "promising" chemical substitutes like lithium-silicon instead of lithium-ion.

Other electric car companies are also putting money and research into batteries to cut costs and increase range. GM's Bolt is currently pushing 200 miles per charge while Tesla's Model S is even higher. In comparison, Ford's Focus is less than 100 miles per charge.

Ford is also using data to assist with growing its presence in the electric car market. The cars collect data when plugged in. Cumulatively, Ford's electric models, C-Max, Focus, and Fusion save about 1 million gallons of gas a day.

But is Ford's push too little and too late?