LG Chem Adds 4th Battery Plant Line In Michigan, But For Whom? 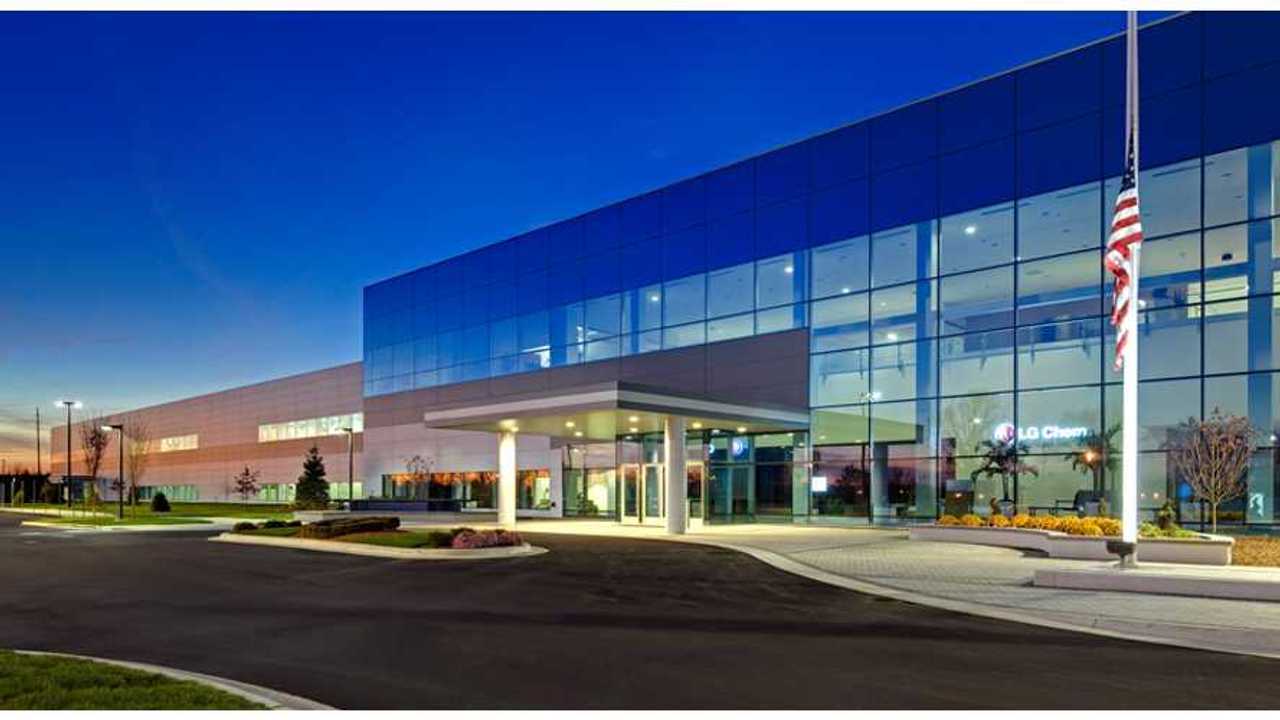 LG Chem has been owning the spotlight when it comes to electric vehicle news of late.

First, it was for selling General Motors lithium-ion batteries at a price of $145/kWh (of which the company was none too pleased with GM for disclosing), then for the revelation it will supply multiple components past just the raw batteries on the upcoming Chevrolet Bolt - including things such as the on board charger, the instrumentation cluster and the drive motor.

Chevy Volt and Spark EV Battery Packs Are Assembled By GM At Its Brownstown Facility After Being Manufactured Nearby At LG Chem' Holland, Michigan Plant

Now comes word that the company is adding a fourth line to its Holland, Michigan battery facility - for a mystery automaker.

GM has yet to confirm if any batteries for the Bolt will come from Holland, but GM's Bill Wallace, GM’s director of global battery system engineering told the Detroit news that the “unnamed customer” for the 4th battery production line is “distinctly separate” from the Bolt.

Jeremy Hagemeyer, the LG Chem plant's human resources manager, would also not give up a name, other than to say it wasn't GM, and that "production would begin the first quarter of next year."

"It's an exciting time at LG Chem, it's great to see more equipment coming in."  The plant on the east side of Holland is running two shifts and plans to add a third shift later this year, he said.

At this point in time, it is not expected that LG Chem's Holland facility will;at produce the Chevrolet Bolt batteries, that will likely stay back home in South Korea, along with the pack assembly.

“We’re capable of making all kinds of products, but were not currently making that line,” Steve Zachar, formation manager at LG Chem in Holland.

Currently, the plant provides battery cells for the Chevrolet Volt, Cadillac ELR, Spark EV and shortly for the upcoming Cadillac CT6 (with 37 miles of electric range) that goes on sale soon in China (and for the US in 2017).

This new line of production will also bring battery pack assembly to the plant for the first time, something it had not done in the past with its GM contracts.

If we were to go out on a limb to guess who this automaker is, given the history of the plant and its almost exclusive relationship with General Motors, there has only been one other automaker linked to it in the past; and that is Ford.

"The lithium-ion cells initially will be manufactured in Korea by CPI parent company LG Chem. LG Chem and CPI will be localizing cell production at their new site in Holland, Mich." - Ford press release on the then upcoming Ford Focus Electric

However, the waters became murky around the Ford, as LG Chem notoriously re-allocated all intended production away from the Holland Plant (before it actually started) for both Chevrolet Volt and Focus Electric - which lead to becoming the subject of a government probe on the wasting of DoE money to build those cells..

Shortly after the DoE report was released, we assume LG figured that the mounting bad press and pressure from the government to start building batteries with the money they were loaned, meant it was now probably a good time to turn the plant back on, to supply at least GM out of the gate with all its domestic battery needs.

...and there is also that persistent rumor (despite their denials) that Ford will unveil a long range EV of its own this fall at the LA Auto Show or in January at the NAIAS in Detroit, for delivery in 2017.

Another strong candidate would be Fiat-Chrysler, as tooling for its extended range Town & Country van is currently underway nearby at Chrysler’s Windsor (Canada) Assembly Plant.  Currently Samsung SDI supplies cells for the company's all-electric Fiat 500e, but relations between LG Chem and Chrysler have reportedly grown much closer of late.