Report: Next Gen Toyota Prius To Have 30-35 Miles Of Range 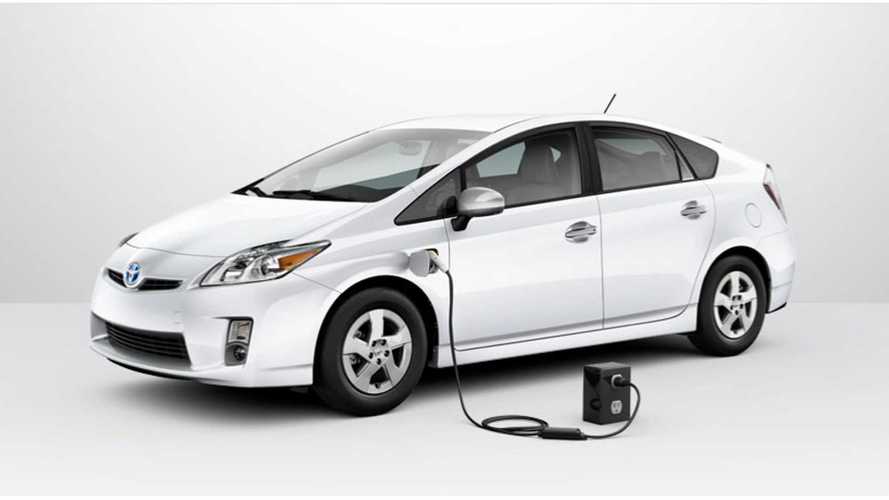 Here is what we know for sure.  Production of the current generation of the plug-in Toyota Prius ended in June.  The next generation Prius PHV won't arrive until late in 2016 at best, but will feature both an undisclosed amount of additional range and a slightly higher extended range MPG (~55).

Today, GreenCarReports is stating that it has heard from a reliable source that the all-electric range of the next Prius PHV will be 30-35 miles.

If true, this would make the Toyota a significant player in the EV world when that vehicle arrives, as there can be no dying the value of the Prius brand.

Given the news is via John Voelcker (Senior Editor), who we have a lot of respect for - and know is loathe to spread rumor, we feel his report is quite likely to be accurate.

"Within the last month, we heard from an industry source that the next Toyota Prius Plug-In Hybrid will have "30 to 35 miles" of rated battery range."

On that source John says, "Our source is an executive in the auto industry who's deeply familiar with the current and future universe of battery-electric and plug-in hybrid vehicles," while adding, "We trust that source, and are satisfied with the source's explanation of how the Toyota information was obtained."

The current Toyota Prius PHV has 11-ish miles of EPA-rated range in the US; with the "ish" being present because the Toyota can't complete the entire EPA test cycle due to the gas engine cycling on to assist with power when needed.

Officially, the Prius PHV can go 6 miles into the US test before it needs some petrol help.

Previously, we had heard that Toyota was looking to add to the first generation's limited EV range up to around 20 miles, most likely in response to some worldwide standards in place that sees all new PHEVs net that amount or higher.

We take the good news from GreenCarReports this week as a confirmation that indeed the Prius PHV will get a considerable range increase.  The question now becomes is this 30-35 miles of new range for the Toyota an EPA estimated number, or a Euro/Japan based estimate?

If it is indeed an EPA-estimate, the new Prius PHV will be a serious competitor to any other extended-range offering and will likely be an exceptionally great seller and a much need 'shot to the pants' for the PHEV segment, as the currently plug-in Prius is the cost leader for PHEVs with a price-point starting under $30,000 ($29,990) - a pricing leadership position we expect to continue into the next generation.

If it is a NEDC/JC-08 estimate, then that would translate almost exactly to the earlier expected 20-miles of 'real-world' range, which we still have to celebrate as a vast improvement too!