Nissan Teases New EV For Tokyo Motor Show, Could This Foreshadow The Next LEAF? 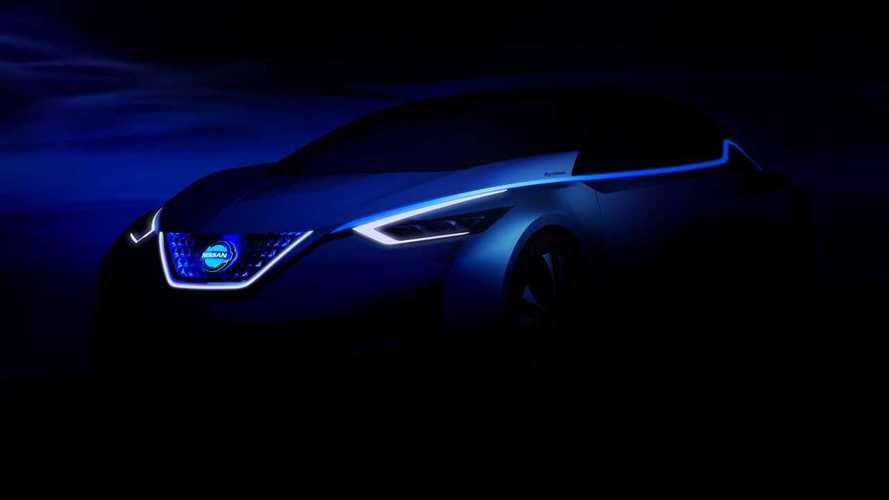 Besides the longer range 2016 LEAF's debut in Japan (107 miles/173km via EPA), Nissan is preparing something more for the 2015 Tokyo Motor Show - and we are not talking about Teatro For Days.

We have this one image and one sentence from the Japanese automaker indicating a new electric car with automotive drive:

What we could actually be seeing here is a concept showing the stylings of the next generation LEAF - which is expected to arrive in the second quarter of 2017.

For the past few months there has been persistent rumors that Nissan would indeed show a concept vehicle at this show that will foreshadow the next LEAF design, perhaps to better get an understanding of the public's reaction to the new look - this could be that vehicle.

As part of the next generation of EVs, Nissan has been considering offering more than the current LEAF's traditional 5 door hatch styling.

Nissan Exec VP Trevor Mann touched on the subject this summer “There could be more than one Leaf. We’ve always said it needn’t be one car."

On the right (above) we have the same image after few tweaks to help illustrate its lines a little better.

Nissan Lannia Concept From Beijing In 2014

Last year from the Beijing Auto Show, we suggested that the Lannia Concept's debut, despite being a petrol car, probably had a lot of 2nd generation LEAF in its styling as well - and we can't help but notice the same design cues in play here again.