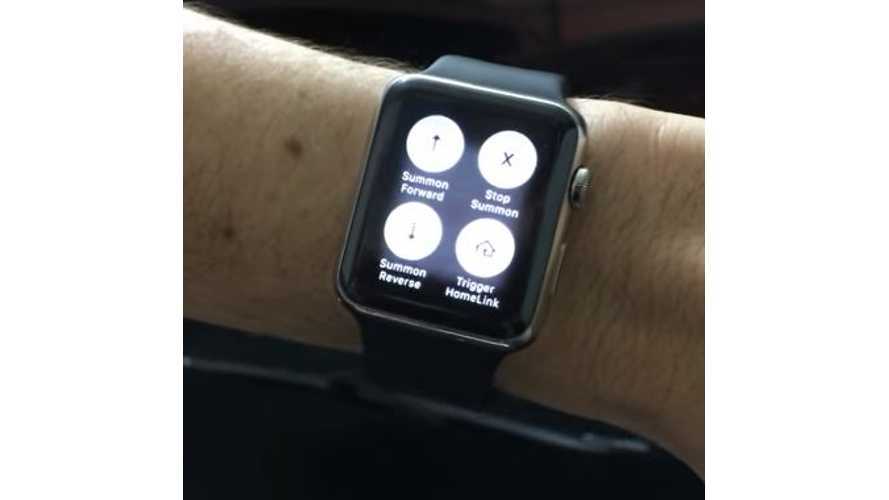 This is not an official Tesla app, but as we've seen in the past, Remote S (by Rego Apps) really does break new ground in controlling the Tesla Model S.

Seen here is "A first attempt demo of the new Summon feature on the latest version of Remote S (by Rego Apps) for iOS."

"Now, using an Apple Watch, you can have your Tesla open the garage door and autonomously pull out of the garage. The Summon feature is 100% initiated by Remote S on the Apple Watch. If you want it to work without the keyfob nearby, you need to first trigger the "Keyless Start" in the app."

You can get the app at this link.