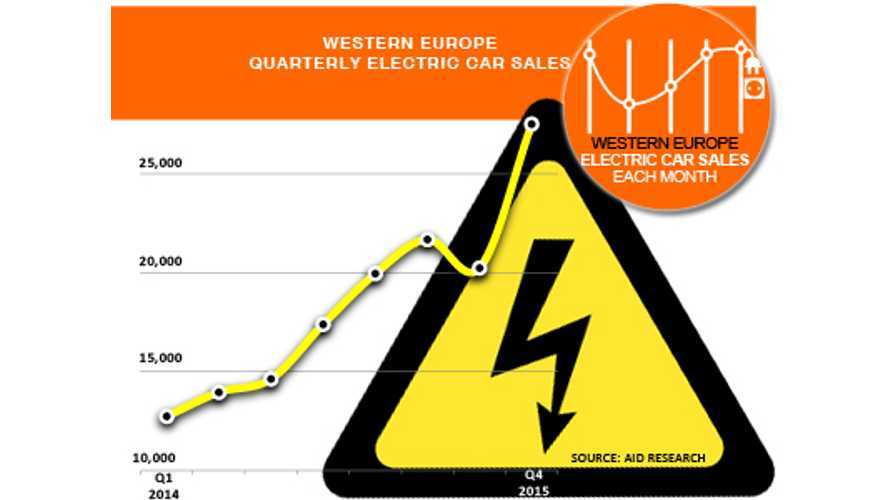 According to the EagleAID, the last quarter of 2015 was so far the best for Western Europe with around 27,000 BEV sales.

"For the electric car industry, doing business in Europe is still no stroll in the park. And yet, of late some encouraging signs have been spotted, adding a positive note to this now closely watched niche in West Europes otherwise upbeat looking new car market."

"Never before in history have so many electric cars been registered in Western Europe in one month."

The other insight is that plug-in hybrids recently noted higher sales than all-electric in Europe. 2016 could be the tipping point.