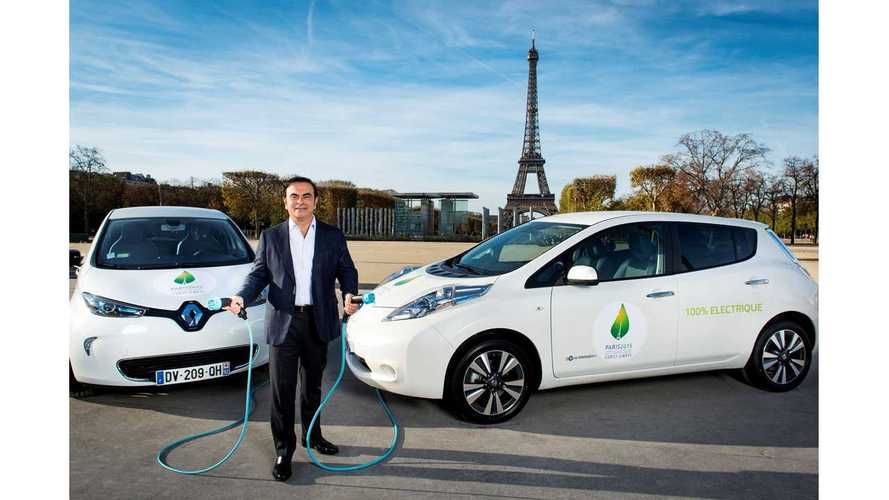 The Renault-Nissan Alliance announced a milestone of 302,000 all-electric cars cumulatively sold through the end of 2015.

"The Renault-Nissan Alliance sold 8,528,887 vehicles in 2015, up almost 1 percent from the previous year, thanks to record sales in the United States, China and Europe."

Nissan LEAF is the core of the zero-emission strategy for the Renault-Nissan Alliance with more than 201,000 vehicles sold since its launch.

The Alliance sells about one in two pure electric vehicles worldwide. Through the end of December, the Alliance has sold a cumulative 302,000 EVs worldwide.

The first mainstream, mass-marketed EV, the Nissan LEAF, went on sale in December 2010. Nissan LEAF remains the world's best-selling EV with more than 201,000 vehicles sold since its launch.

In Europe, Nissan's EV sales rose 14.3 percent in 2015 to nearly 20,000 vehicles. Renault's EV sales in Europe increased 49 percent to nearly 23,100 vehicles, excluding Twizy. Renault ZOE was the best-selling EV in Europe in 2015, accounting for nearly 19 percent of the market.