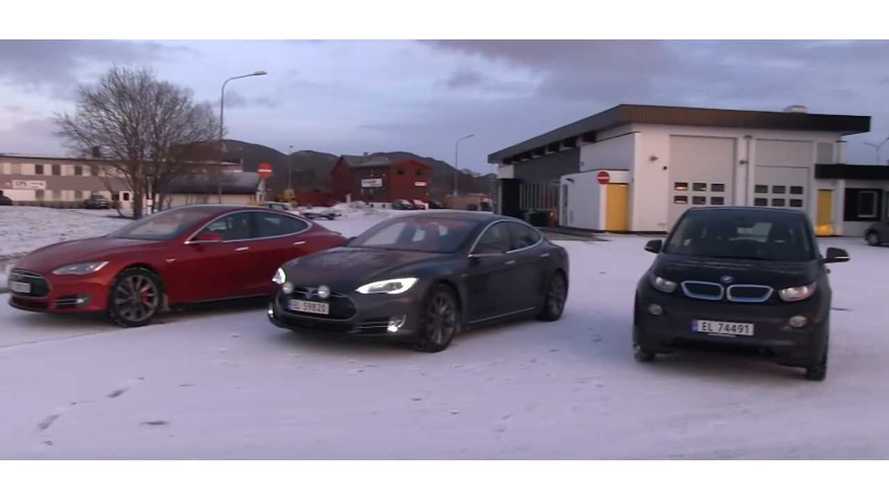 Bjørn Nyland, along with two other EV enthusiasts, performed a energy consumption test for Tesla Model S P85D, 70D and BMW i3 in winter conditions at around 0°C (32°F).

It wasn't too terribly scientific (and the test will be repeated in the future) as both Model S were loaded with stuff, while the i3 was empty. Moreover, the BMW i3 was charging and heating the battery for about one half-hour along the route, while the Teslas' batteries cooled a little bit in the parking lot.

Without surprise, the BMW i3 returned the lowest energy consumption at just 161 Wh/km!  The Teslas were at around 200 Wh/km, but we believe that in a more optimal test, the Teslas could be below 180 Wh/km. But still, the BMW's low weight makes the i3 unbeatable in tests such as this.